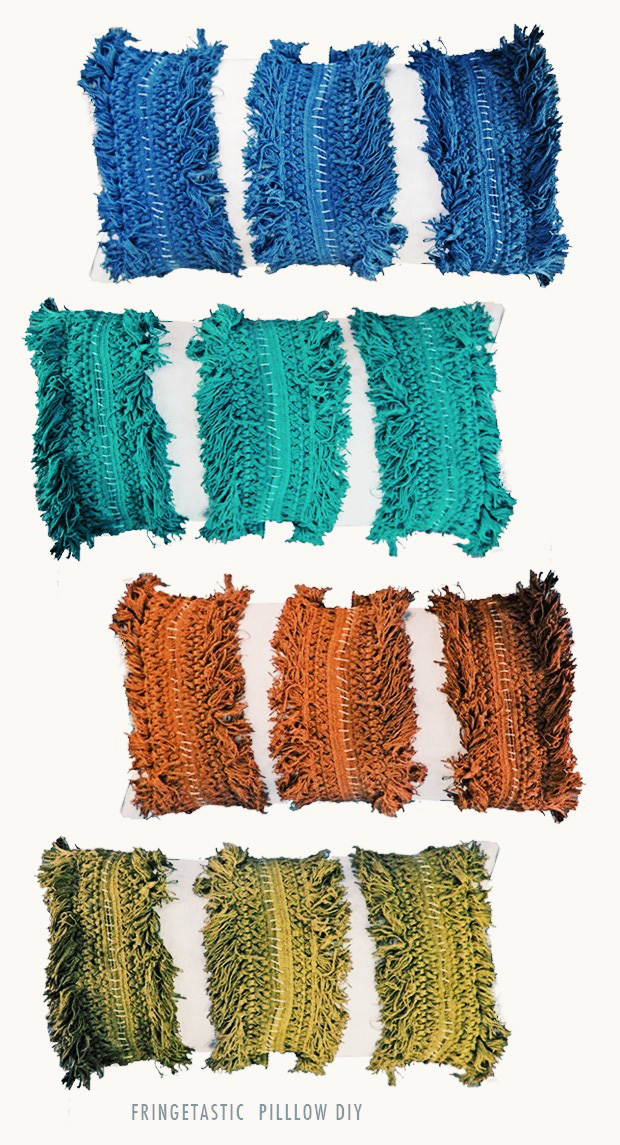 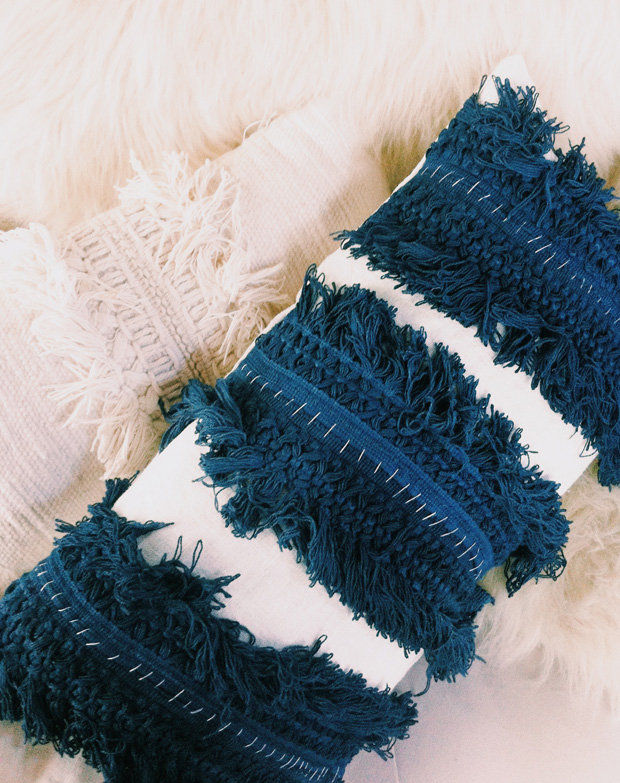 I was feeling crafty today and so I made this pillow from stuff I had lying around the house. I think it looks pretty shagtastic. Here’s what I used: 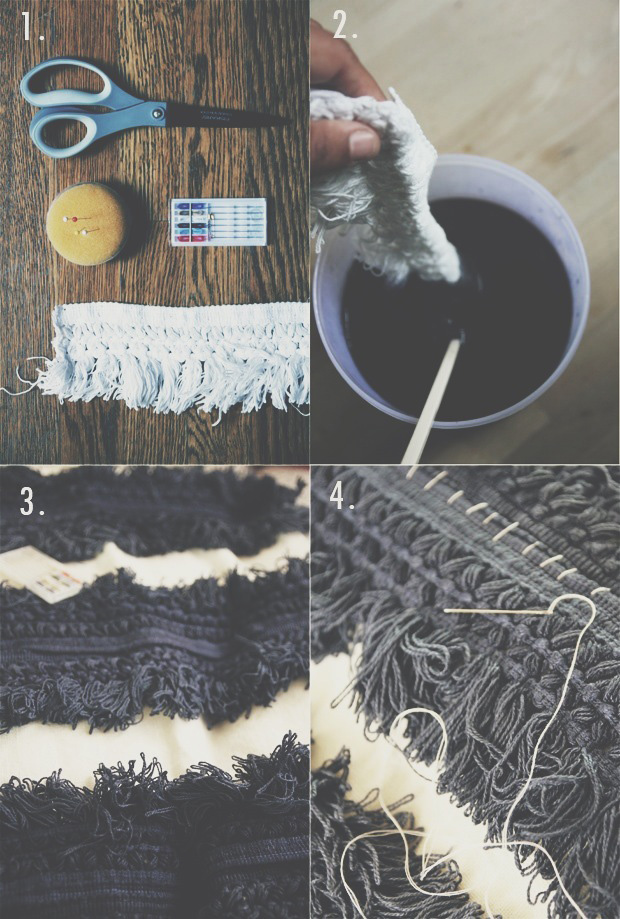 After dying the fringe, I pinned down three pairs of fringe trim, fringe facing out. I then used a whip stitch to sew the fringe onto the pillowcase. After all six strips were sewn on, I turned the case inside out and sewed it shut on three sides. I left the existing strings and opening from the old pillow in tact, and after inserting a pillow, I tied it shut.  The whole project took me about an hour (not including the time for the fringe trim to dry) and I just love how they came out. I dyed the ones pictured above digitally, but I think a couch (or bed) with a bunch of these in different colorways as shown above would look amazing. I think they’d add a lot of texture and boho goodness to a space, yes? Also, they somehow look very, very seventies which makes me very, very happy. 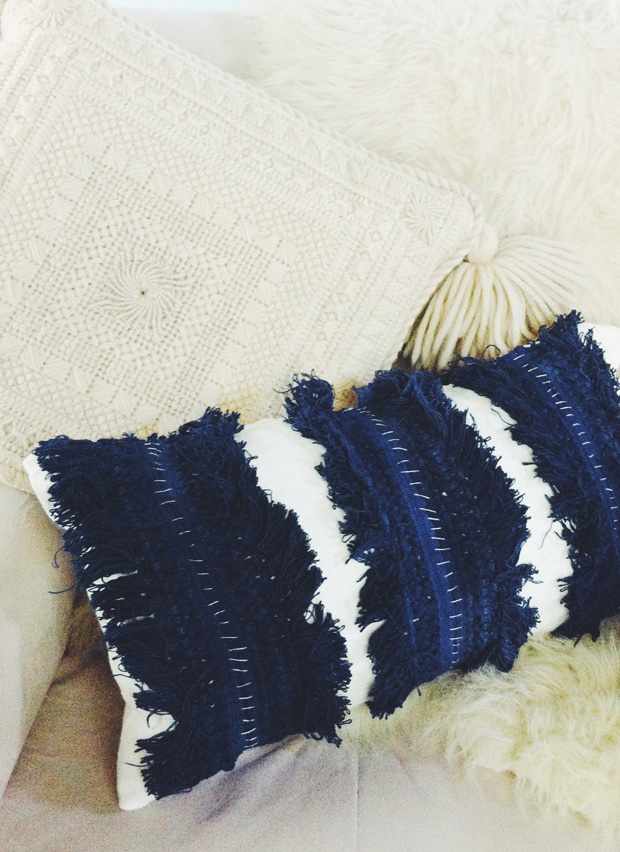 It would also be fun to dye the pillow case a different color. I may do that on my next one. Like maybe a fuchsia case with orange fringe? That would be hot.