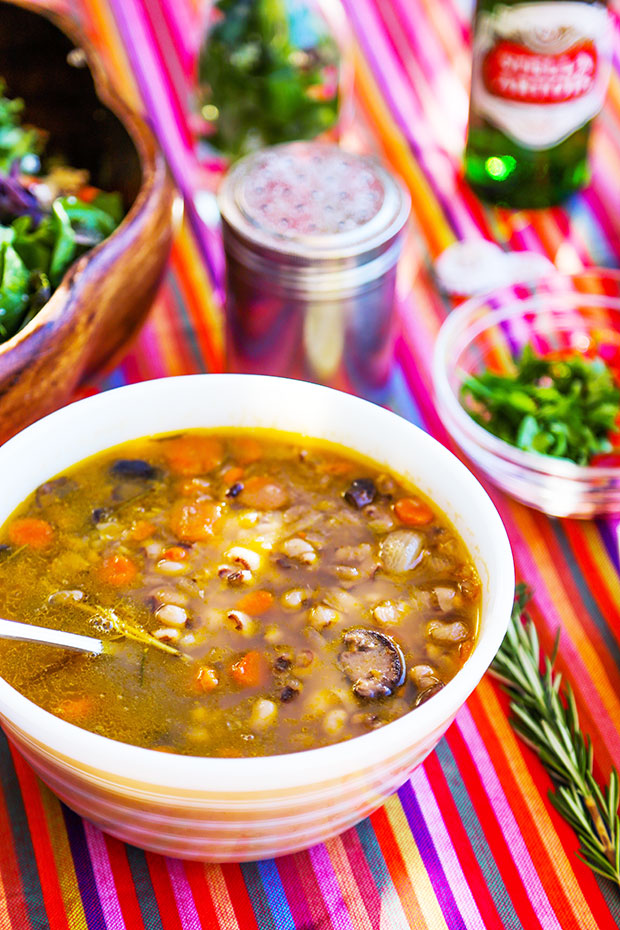 My favorite dish in the world is my mother’s black eyed peas. She adapted my paternal grandmother’s recipe (whose family hails from South Carolina) and makes a vegetarian version (‘cause that’s how we roll.) It’s super healthy, satiating, and so yummy. So when Stella Artois asked me to share with you my favorite family recipe as part of their series The Butcher, The Baker and The Belgian Beer Maker, I knew immediately that there were black eyed peas in my near future.  There is only one thing in the world that’s better than my mom’s black eyed peas and that’s my mom’s leftover black eyed peas. I was already drooling.

This was the first time I’ve ever tried the recipe myself.  When I asked her for the recipe, she sent it to me in a text message:

This is how most all of her recipes have been passed on to me…well, not always through text, but just kind of an ‘outline’ of a recipe and then it’s up to me to interpret it and feel it out as far as quantities go…It’s how I learned to cook — nothing rigid and nothing set in stone, lots of concocting, guess work and creativity… 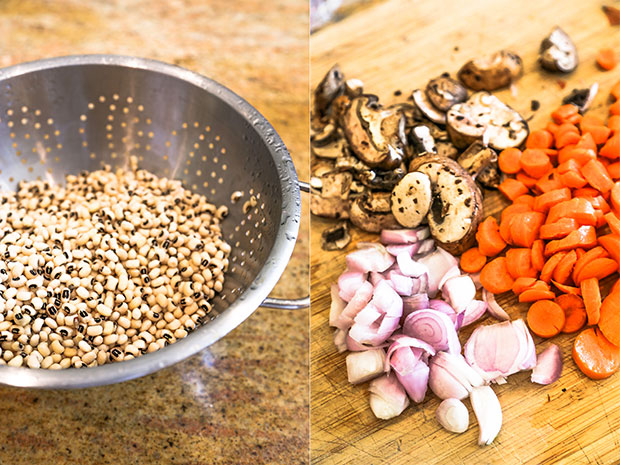 So I followed her outline to make the dish but I added my own flair. I used shallots instead of garlic and added carrots, for beauty’s sake. 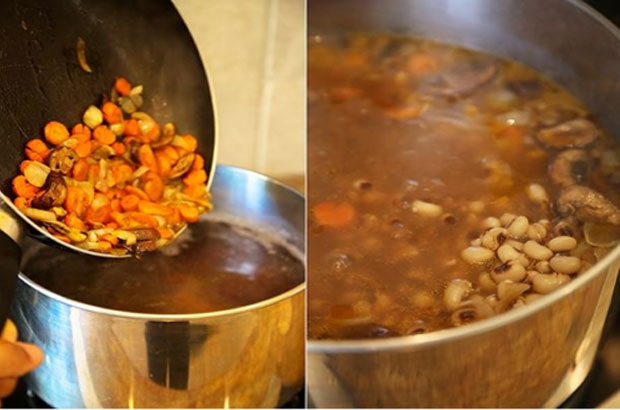 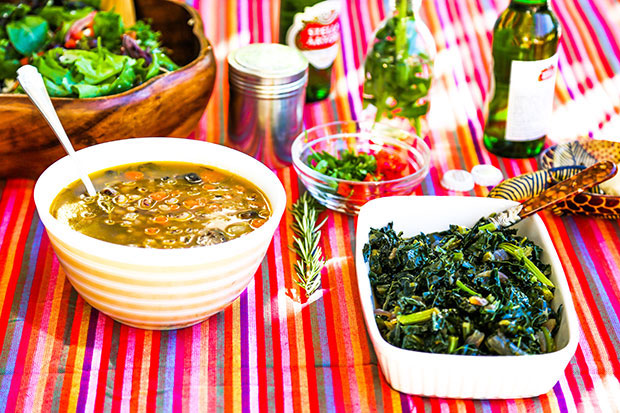 I paired the soup with sauteed kale, a salad, and a couple of ice cold Stella Artois. 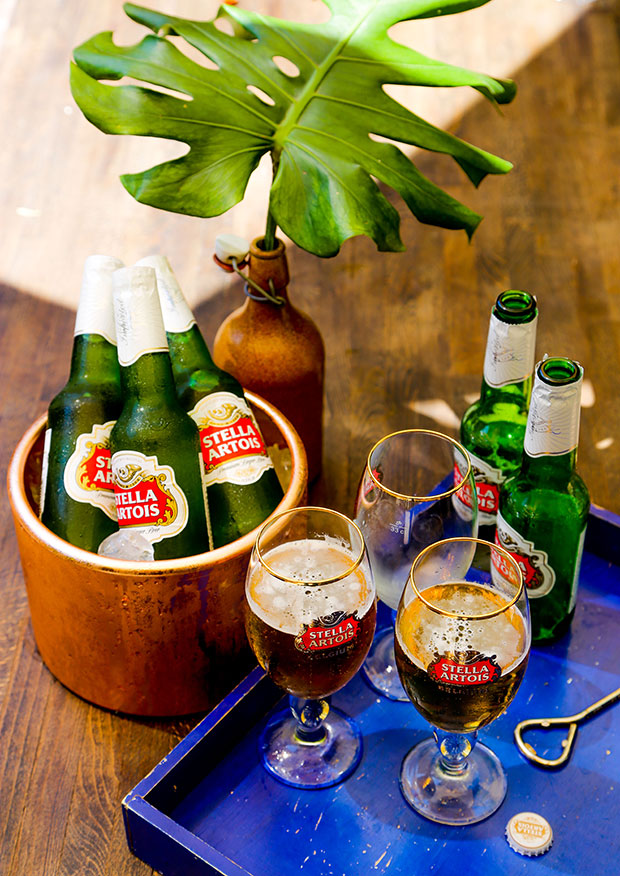 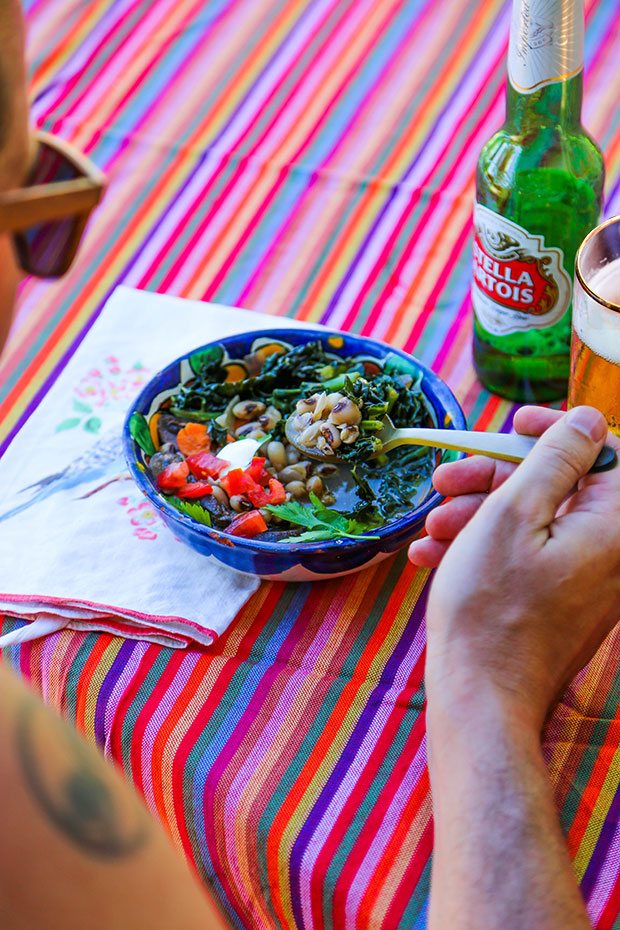 And I included parsley, sliced tomatoes and sour cream for garnish. It actually tasted a lot like my mother’s version–and it was a huge hit with the fam. 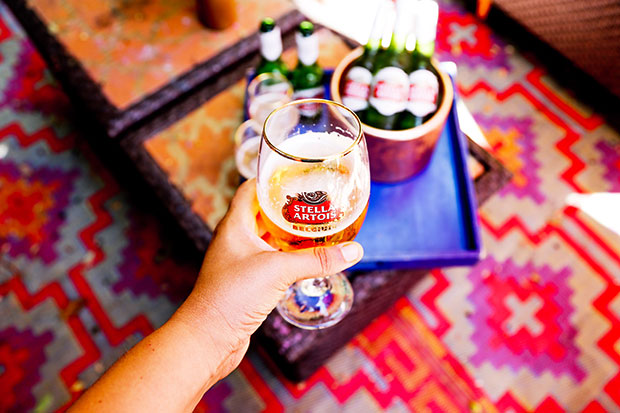 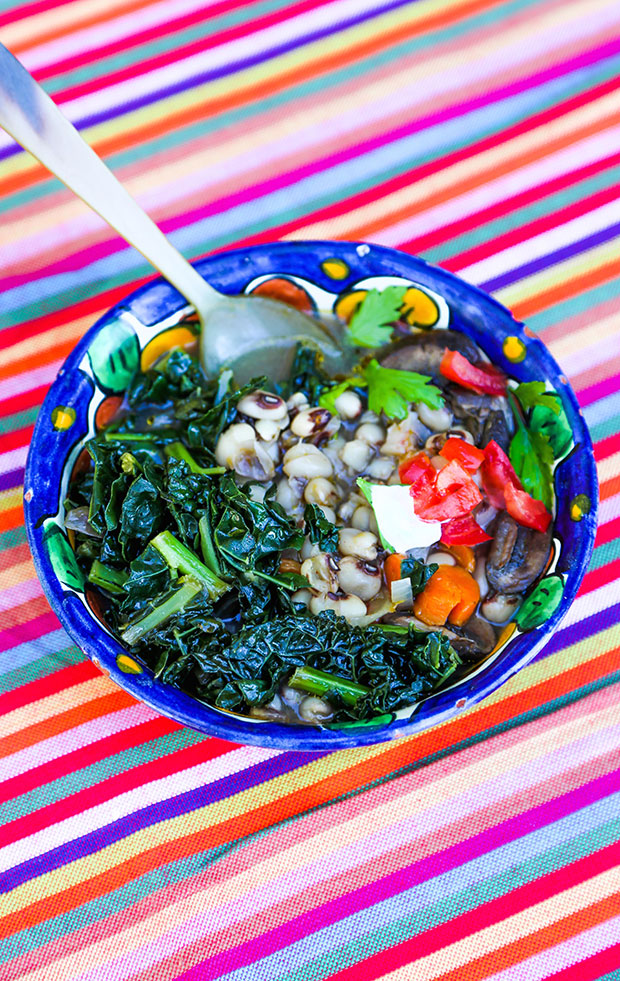 Now good luck trying to replicate my mom’s recipe — but don’t worry, it’s okay if you experiment a little along the way–I think that creativity is the secret ingredient.

*Photography by J. Blakeney
*This post was created in partnership with Stella Artois as part of the #AThingOfBeauty campaign. Check out some other family recipes and histories in their video series The Butcher, The Baker and The Belgian Beer Maker!