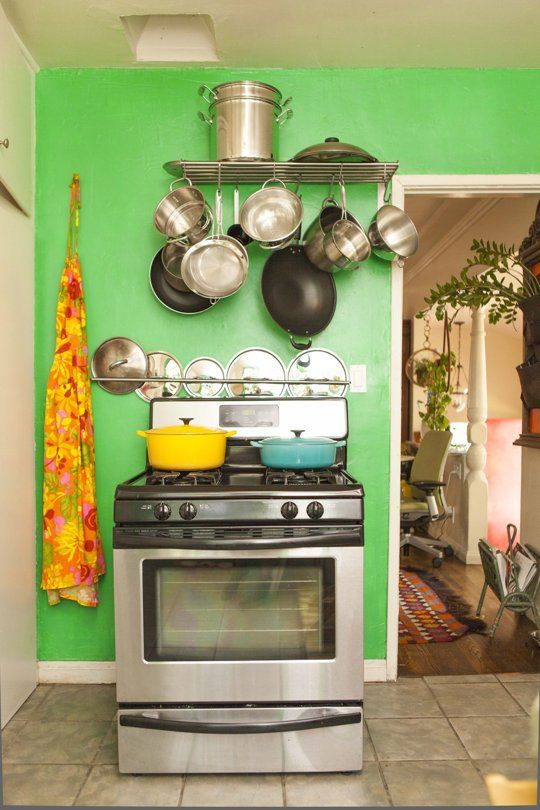 Even though we live in a rental, we’ve decided that we’re going to bite the bullet and redo our kitchen. Now we’re not going to go CRAZY, but we know we’re gonna be here for at least another two years and decided that it’s worth it to make the improvements–our landlord also said we could amortize some of the upgrade costs and take some of it off of our rent, so we’re going for it. The pic above, that’s what it looks like now. If this house were mine, I’d lose the tile (and so much more…) but for the sake of doing a $5000 overhaul and not a $20,000 overhaul, the tiles stay, and so does the meh oven. But what isn’t gonna stay is that wall–or most of it anyway. It is not a load-bearing wall so we want to lose the upper half of the wall so that the kitchen is open to the living room. This way when Jason or I am cooking, we can watch Ida playing in the other room, plus then we’d have windows to the outside on either side, which makes me feel like the light and the cross-breeze situation will improve dramatically. And in my imagination we have some kind of ‘bar’ seating on the other side. 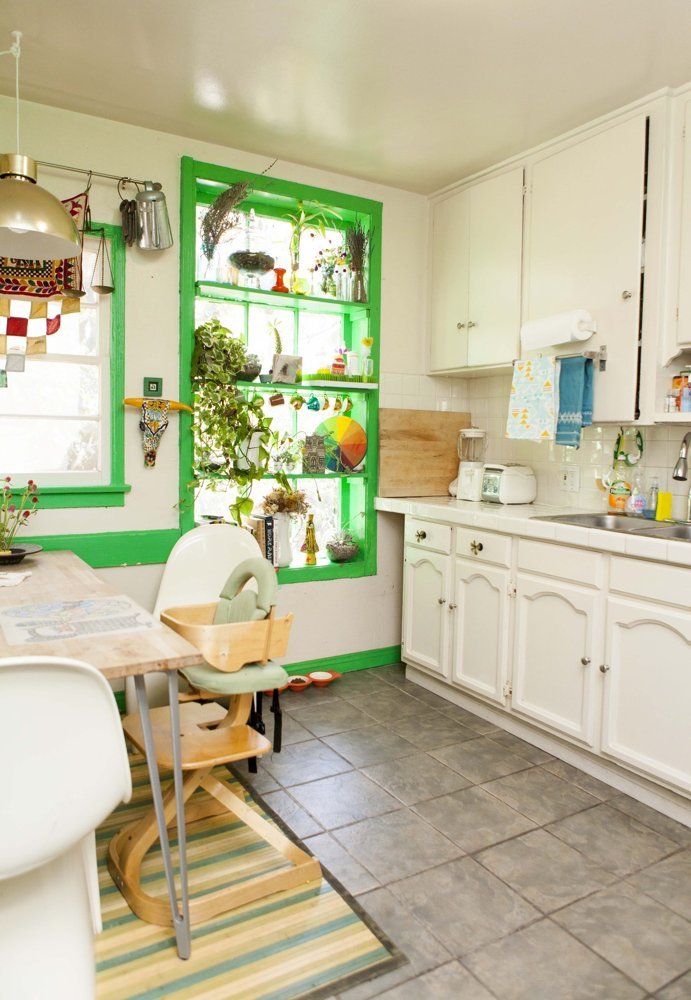 The next upgrade that we want to make is to lose the upper cabinets. See how close they are to the faucet head?!? It’s ridiculous! They drive me nuts. they don’t close well, and while I know that it’s gonna mean dusting off our stuff more often, I want to opt for open shelving.
Then if we have budget left over after we put in a dishwasher, I want a farmhouse sink.

And lastly, I think we’ll repaint…(what do you think? is it time to lose the green??) I’m so excited to see what the jungalow looks like without that wall and more of an open concept. I’ll keep ya posted. (duh!)
Pictures of my kitchen by Leela Cyd for The Kitchn

Previous Post: « Artful Ways to Wrap it Right
Next Post: Give one, Get One Giveaway with Domino Magazine »