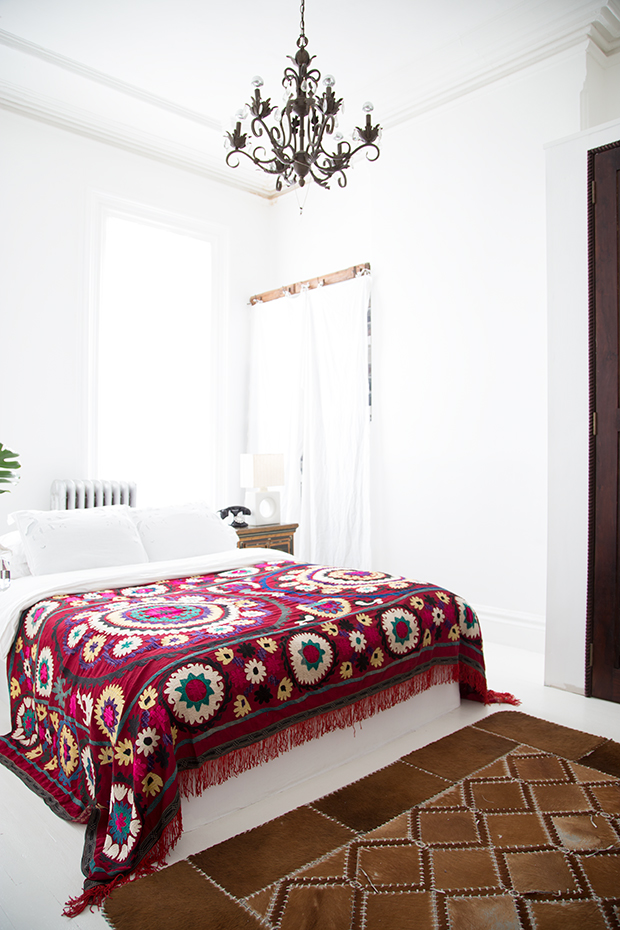 I dug into the archives this morning to pull out some more outtakes from the 40,000 photos Dabito and I snapped for The New Bohemians. I thought I’d share a few shots that *almost* made the cut, and explain why we didn’t end up choosing the image for inclusion in book. The above photo, from the home of Amhalise Morgan, was a nice shot, but ultimately we included a frontal view of this shot. The reasons were the heater was featured too prominently here and the way the philodendron leaf was cut off in the corner was no bueno. Also, too much rug. Sometimes we just need a hint of something to be able to fill in the blanks ourselves.

I love the way Amhalise’s entryway looked in person, it was super colorful, cozy and inviting, but on camera it was tough to make it look as pretty as it *actually* was. (How good is that rug with the ginormous tassels?!?) We couldn’t get the angle right so it didn’t make it into the final manuscript. 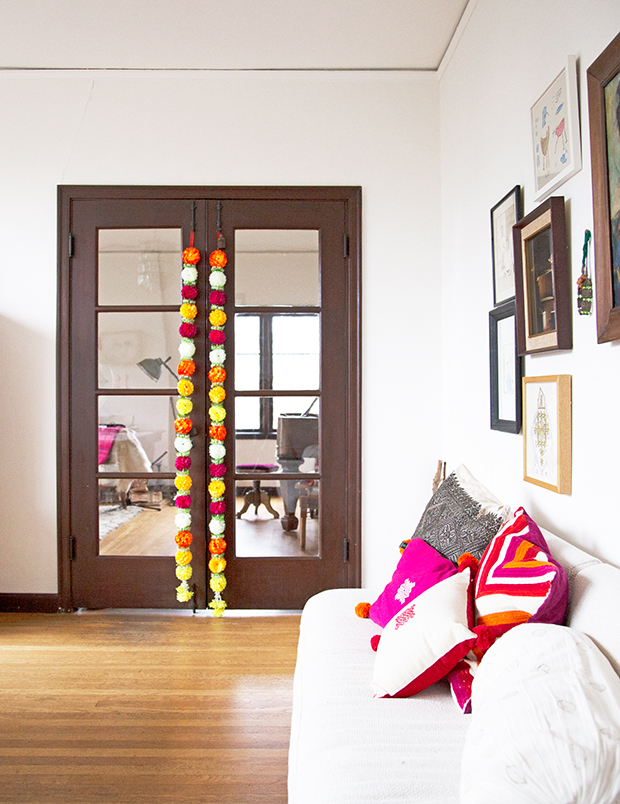 This was a shot from Erica Tanov’s dining room into her living room. I LOVE those pompom things on her door and we took so many photos to try and get a good shot with them, ultimately we ended up putting them on the other side of the door and capturing them from the living room because this angle wasn’t telling enough of a story… 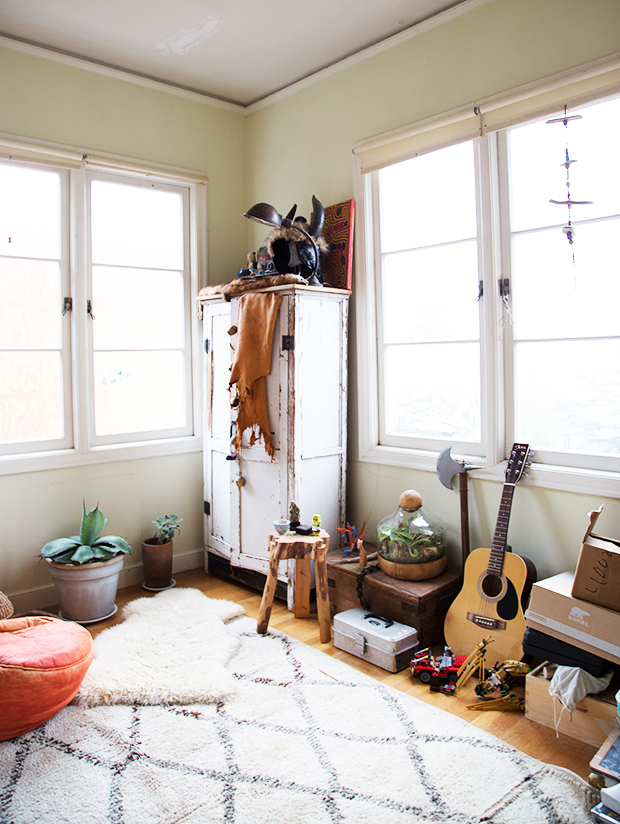 This was the room of Erica’s some. His room was SUPER charming and had so many great details, but ultimately we had to cut it from the book because Erica’s home tour in the book was already among the longest, and we just didn’t have the space for it. His room (and not being able to fit it into the set number of pages the book had to be) made me want to do a whole book just on boho kids rooms. Thoughts? 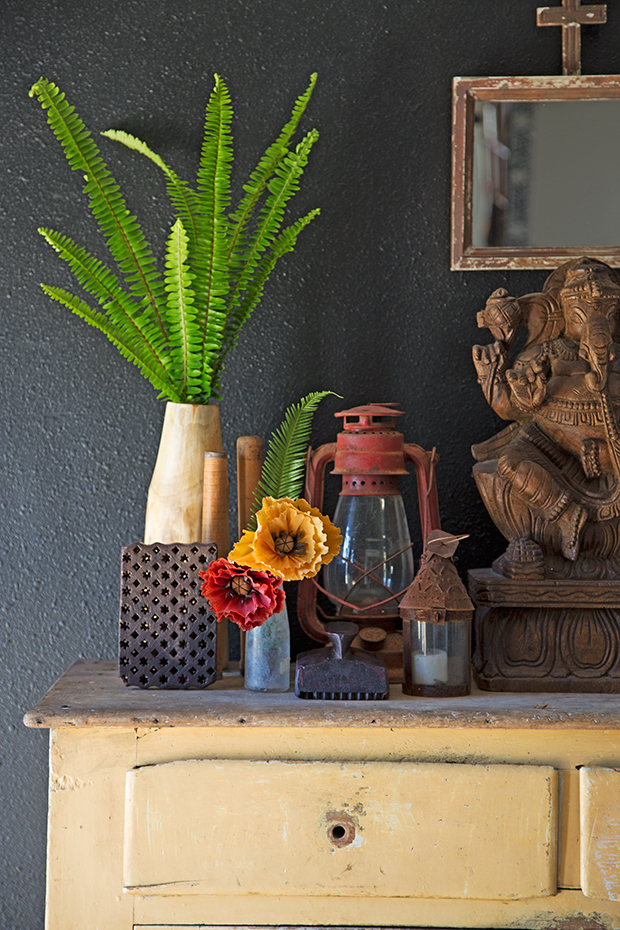 This was a detail shot from Paige Morse’s home.  We had a blast shooting her place because she (like me) has a TON of ‘stuff’ for styling. Dabito and I fought for about 15 minutes about those paper flowers, and whether or not to keep them in the shot. I won :P 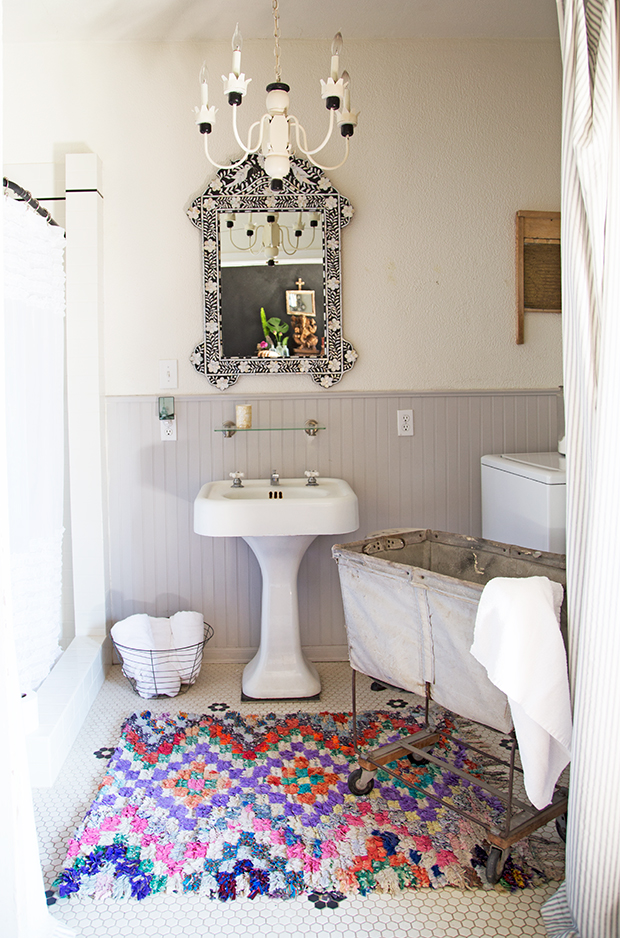 We styled her bathroom about 40 times over. This was one of the iterations. In the book, you’ll find that we ended up losing the rag rug and styling the whole thing in black and white. Looking back I kinda like this shot too . LOVE her laundry bin–so good isn’t it? I wish my bathroom was big enough for one of those!! I think the only way I could fit that in my bathroom is if I used it for a bath tub! 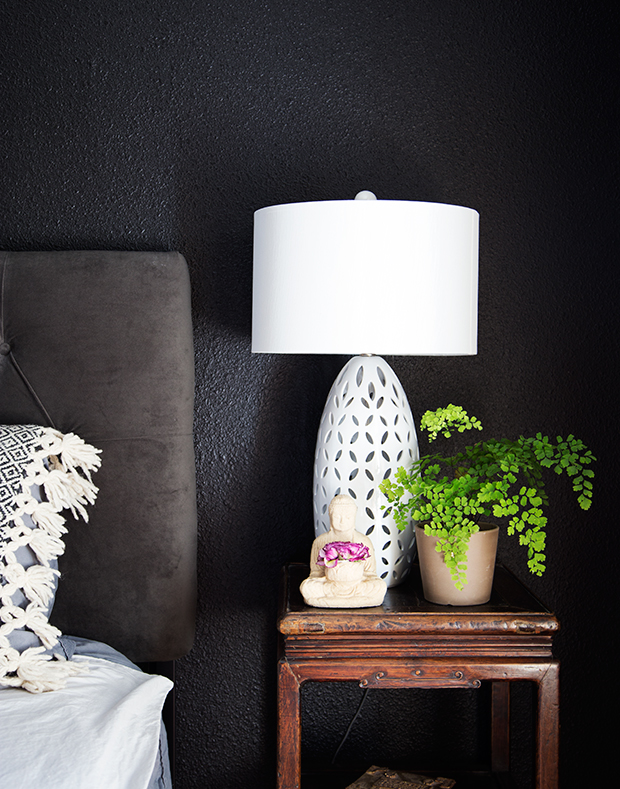 There were so many pretty little vignettes in Paige’s home. And she is one of the only people I know who can keep a maidenhair fern alive!! 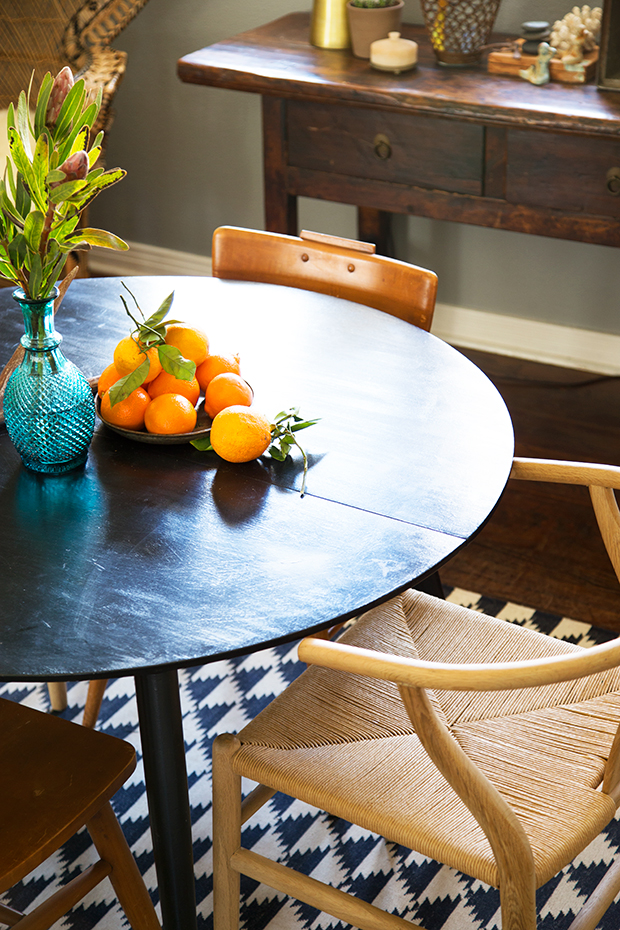 I was obsessed with her bentwood chairs and that rug…but alas there was just toooo much so we had to pick and choose. 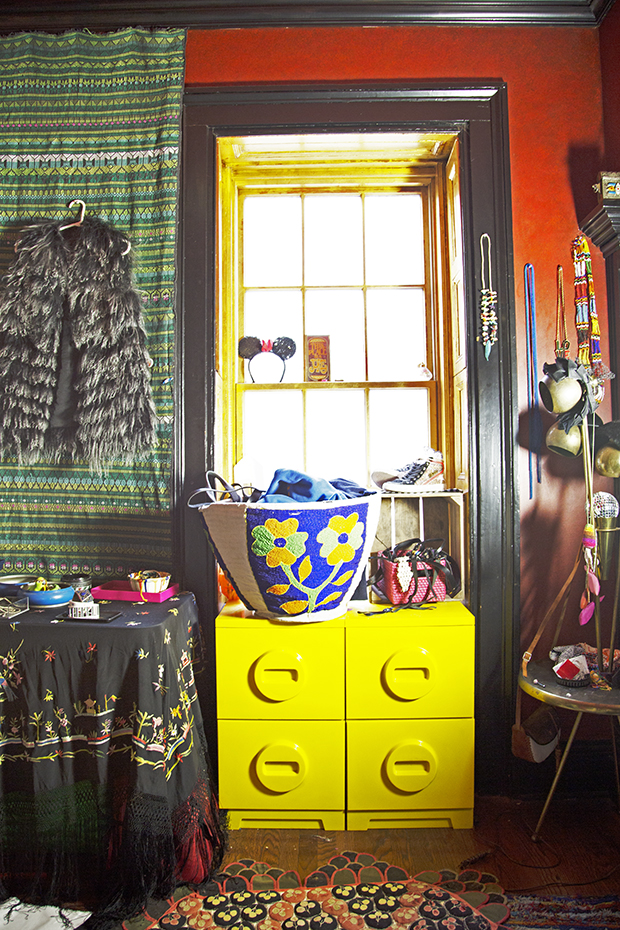 This shot was from Louis Sturges‘ closet–one of my favorite spaces, like ever. This was another one of those times where there were SO many good shots from her place that we just had to be kinda ruthless–editing down 3000 photos to 17. It was no easy task. But that mod yolk-colored dresser paired with that beaded floral basket–100 times YES!

Previous Post: « How to see the potential in a not-so-dreamy kitchen
Next Post: Danae’s Grilled Shishitos with Cilantro Dipping Sauce »