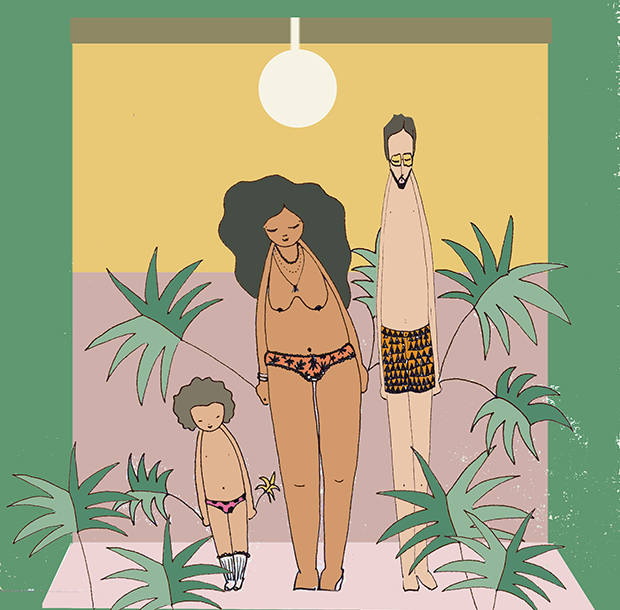 It was a strange weekend. Grabbing coffee at our local bakery between every bite of muffin, I heard soundbites from people sitting next to me: “The Canadian Immigration website crashed…” “We’re going to the protest tomorrow”,  “kids at my daughters’ school had an assembly to reassure children of immigrant parents that everything would be OK.”

It was very much a weekend of processing and digesting. The way I process and digest is usually through art. I don’t really set out to ‘process through art’ but I make art when I’m pensive, and often what comes out on the other side is an expression of my immediate thoughts and feelings. It’s most certainly therapeutic for me.

If I am to read my illustration, I am feeling vulnerable. I am feeling melancholy. I feel a both isolated and insulated here in California. I am also feeling close with my family and my community.  The light is on though. There is hope.

How are you processing and digesting all of this?