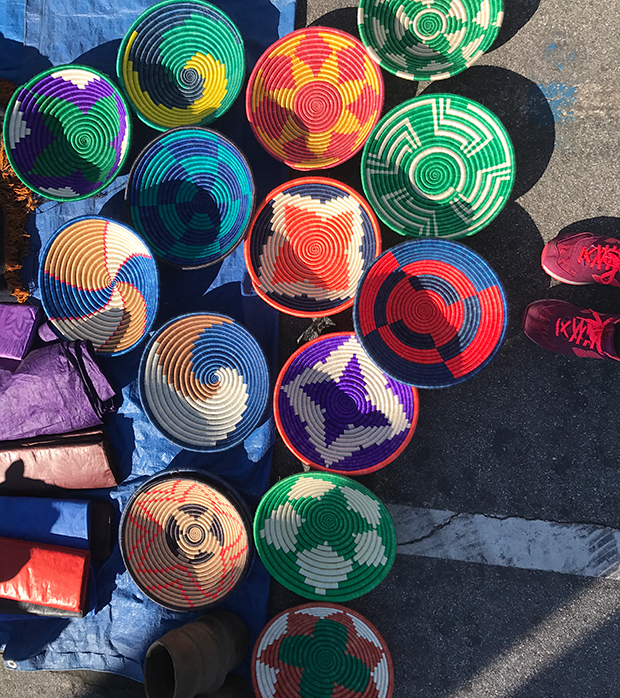 I made my monthly pilgrimage to the Rosebowl flea yesterday, due to the time change I got there later than I normally do, which was not fun. It was hot, crowded and the ATM machines were broken so I waited in line for an hour to get some cash. Oy. Right before I was about to leave empty-handed (and frustrated) I came across these colorful coiled baskets. To my surprise and delight they were $15 each so I snatched up 5 of them. The man who sold them to me told me that they are from the Republic of Burundi,  a region of East Africa, bordered by Rwanda, Tanzania and Democratic Republic of the Congo.  The colors and patterns mesmerized me. Picking which five I wanted was not easy. 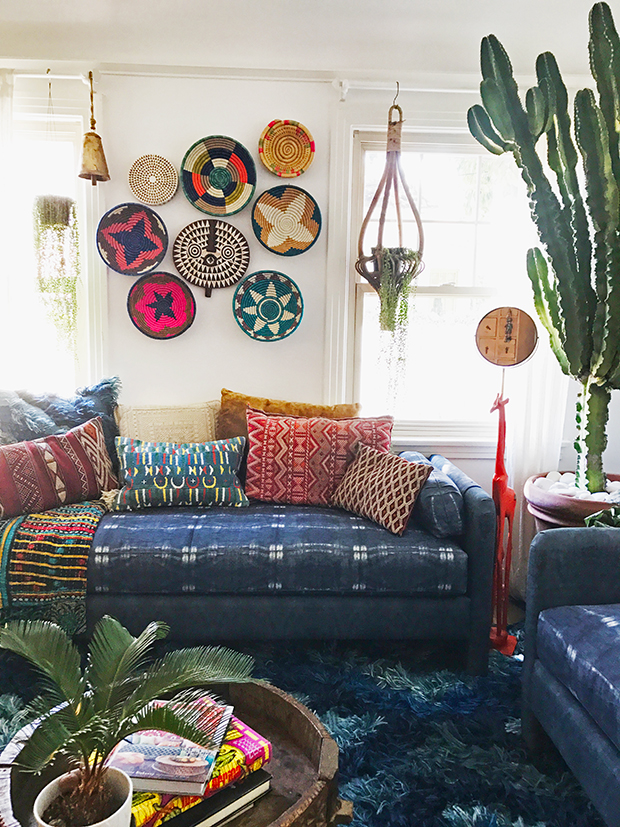 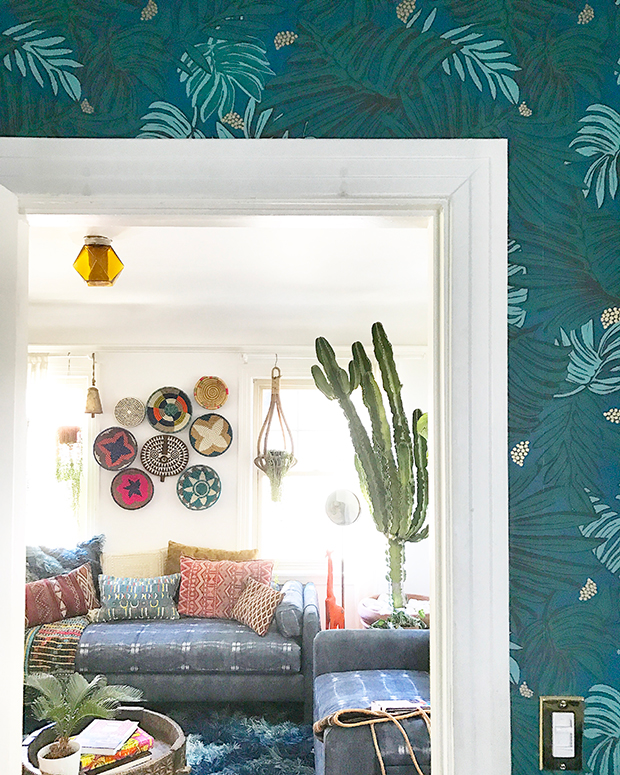 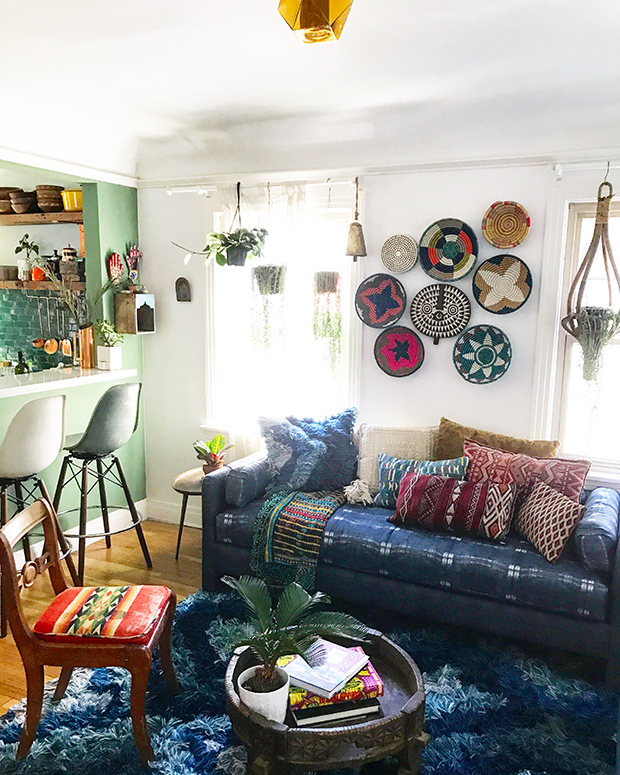 As soon as I got home I hung them in our living room. Now I’m determined to fill that whole portion of the wall with baskets. If you’re looking for similar baskets I found some by searching “coiled African Baskets” on Etsy.  Also, some kind readers pointed out there there are some great resources for African baskets of various types that also support the African women that weave the baskets — try IndegoAfrica, Baskets of Africa and Justhandmaidens. Happy start to the week!!