There has been disaster upon disaster recently – Hurricanes Harvey + Irma, LA fires, the recent earthquake in Mexico – the news in general really.  All of it leaves onlookers and those directly impacted shaken, uneasy and and at times displaced. For Mariana Abaroa,  of Easy to Breathe, conscious breathing and clay are her soothing and grounding remedies to the chaos. 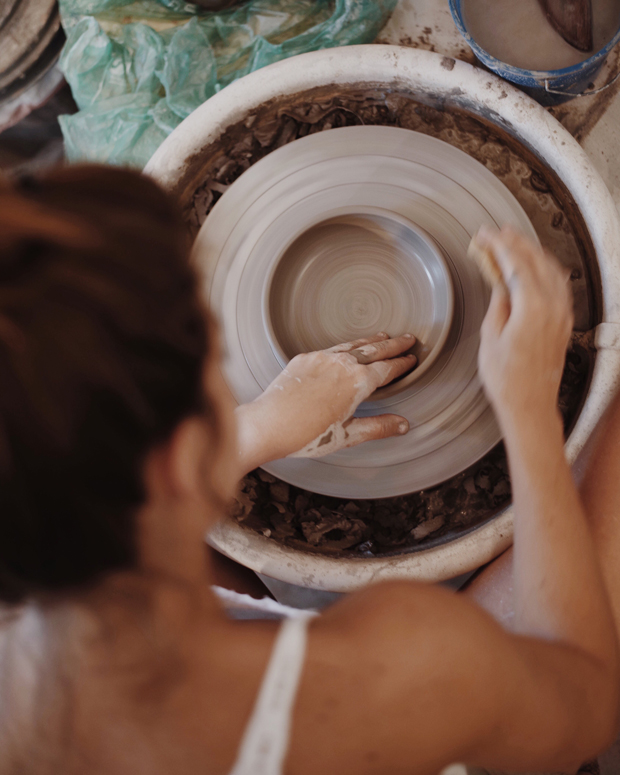 Mariana’s roots run deep in the suburbs of Coyoacan in Mexico City. It was in that urban jungle she first observed the balance of man and nature. At the age of four, her family moved to Miami, where the Atlantic ocean influenced her “go with the flow” outlook on life. When they moved to Texas grasslands – wheat and straw for miles along open roads, she fell in love with the art of simplicity. Her wanderlust has taken her “rewilding” in Cambodian jungles. It also led her to the “soul-warming clayland dreams” of the Mojave, Sonoran and Chihuahuan deserts. 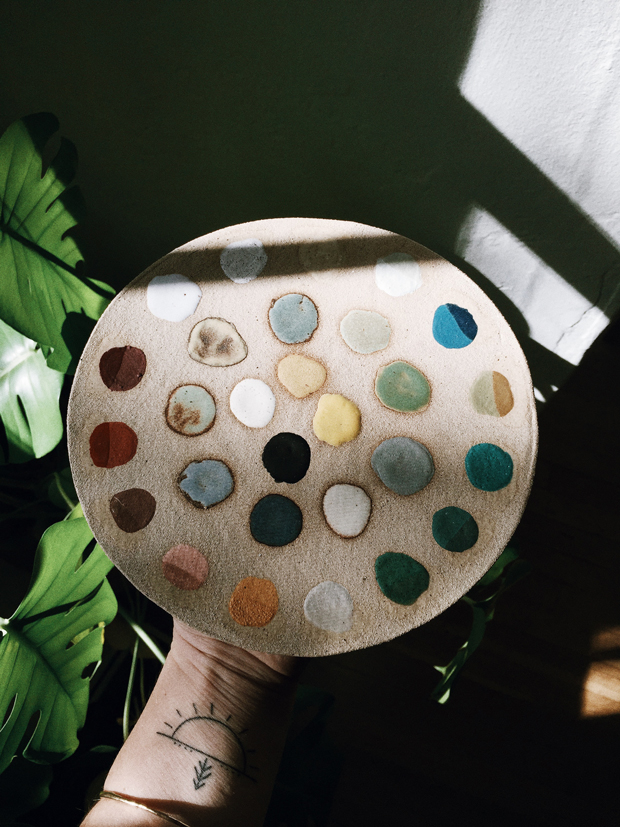 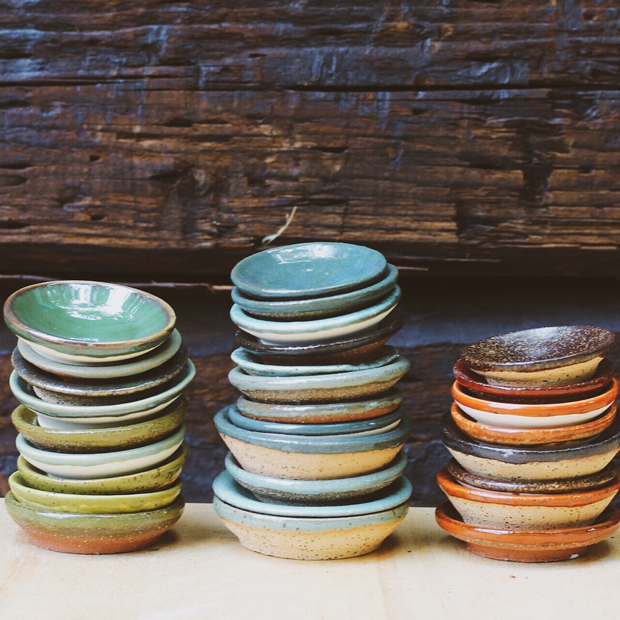 You can see palettes from the different environments she has experienced translated into her work. 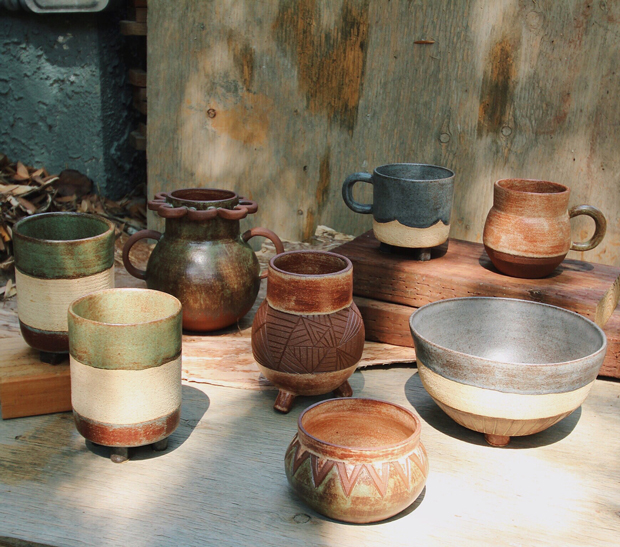 When she felt an itch for a change of place, she moved to LA. In search of home decor inspiration for her new apartment, she found Jungalow. She says, “since then, more plants, pattern, color and earthy materials have welcomed themselves into my home.” 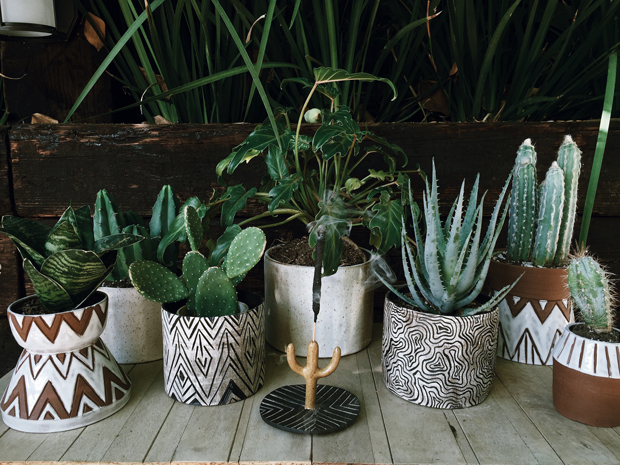 The rest of her five years in LA was spent studying and cultivating her love for various forms of art – printmaking, stone carving, photography and film development, and of course ceramics. 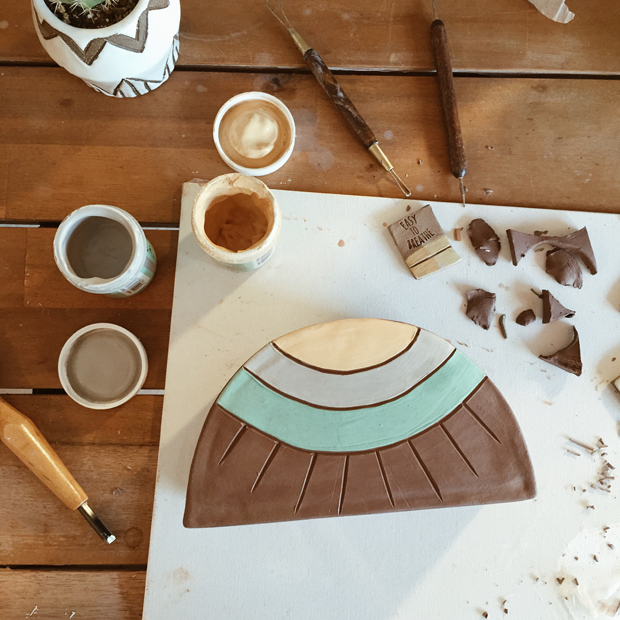 After launching Easy to Breathe, she felt a creative shift. She needed to “see what is happening here and now as growth and have space to breathe.” She identified what really mattered to her – consciousness, spirituality,a creative community that embraced slow living, and closeness to Pachamama. She now calls Ojai home, where she is nourished by creeks, healed by hot springs, protected by the Topa Topa mountains, and grounded by the rich red soil. 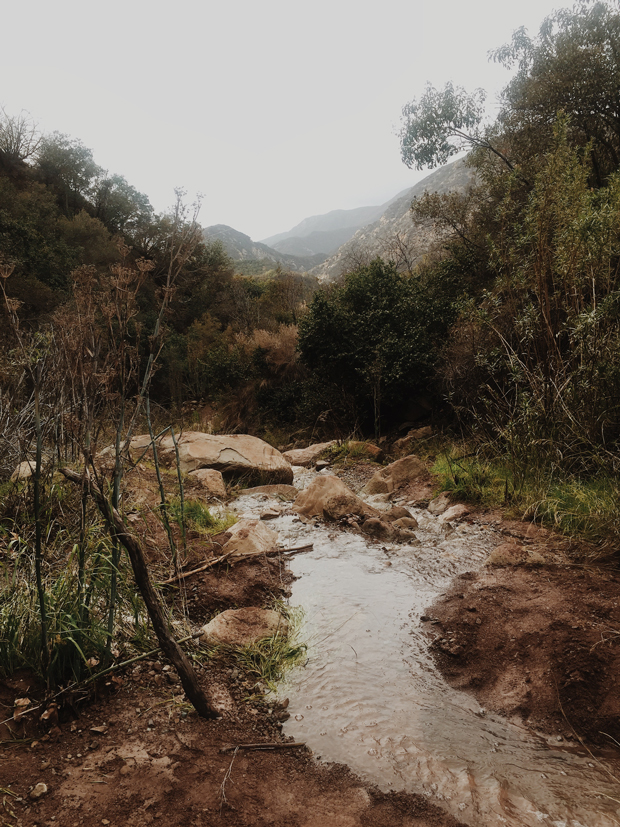 She gleans inspiration from her travels, yoga, and archetypal symbolism. Her studio is daily smudged with copal, palo santo, or nag champa. Each of her  “ceramic objects for a sacred home”  are infused by studio’s good vibes. Among her collection of objects you may find sol + luna mugs, plant altars, palo santo bells, tea bowls, and more. 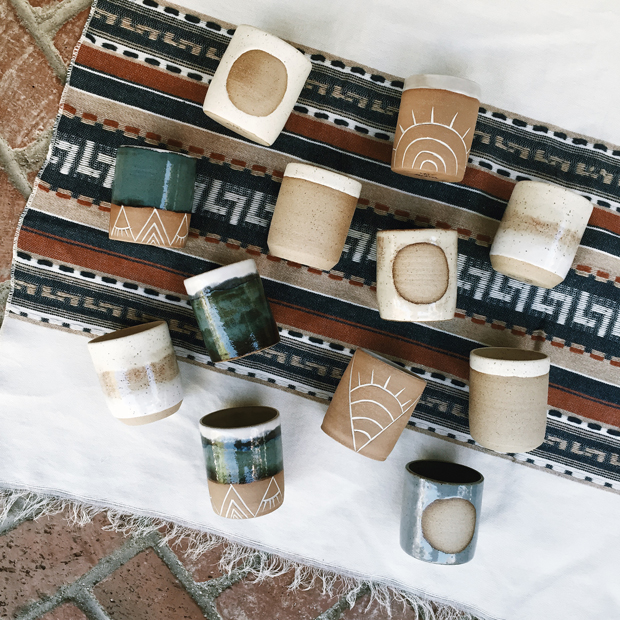 Her latest collection was fueled by a yearning to explore primitive pottery. It is inspired by her homeland. 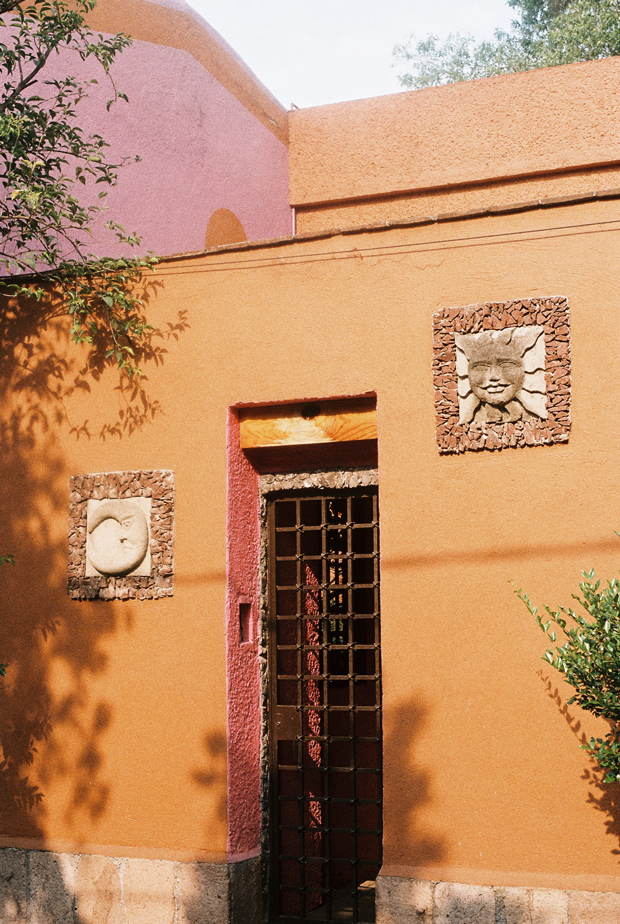 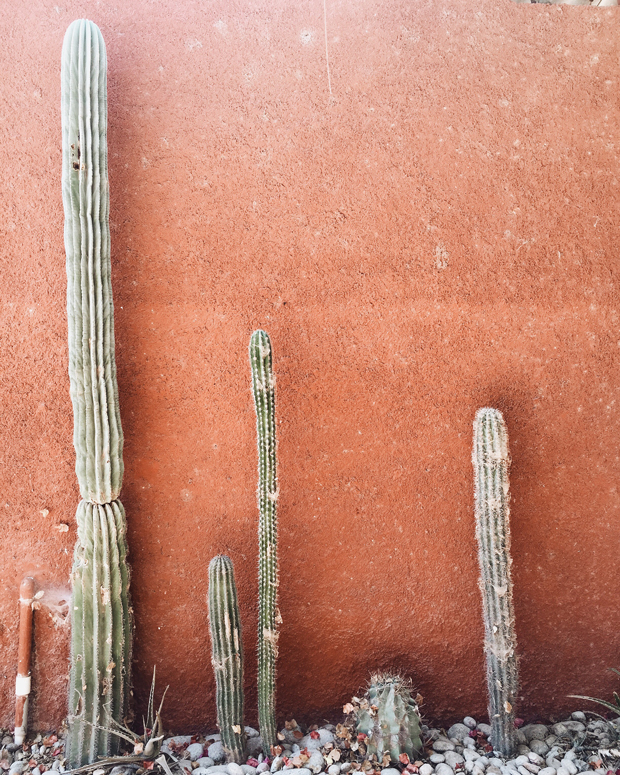 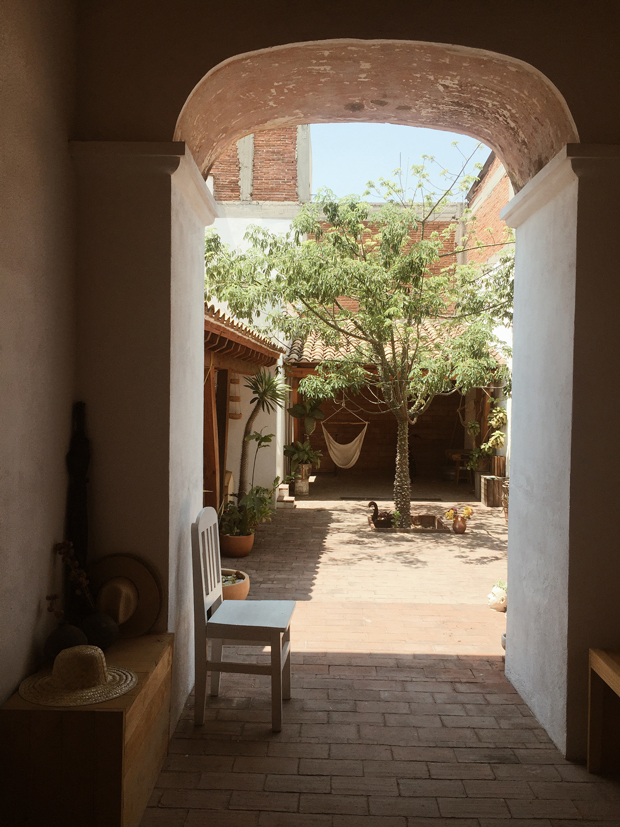 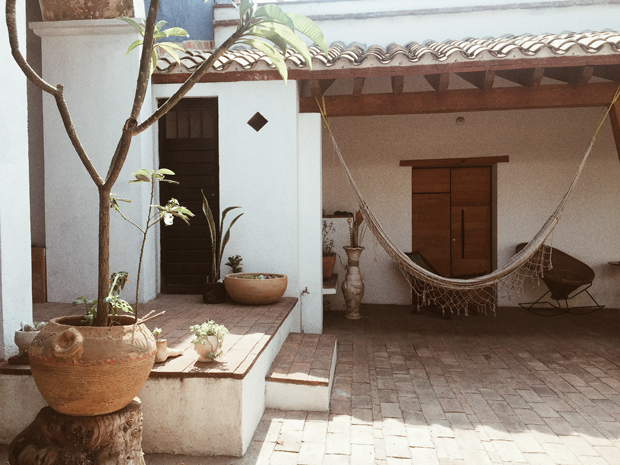 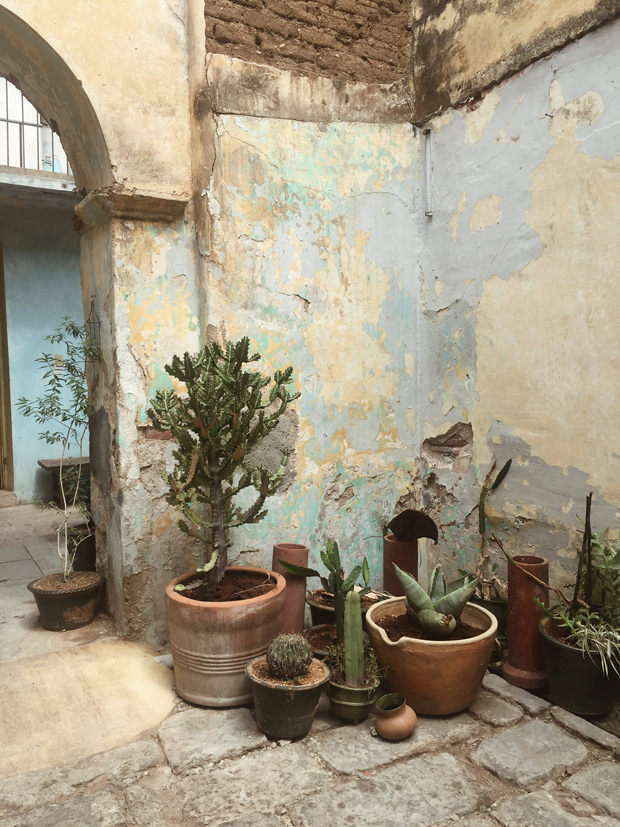 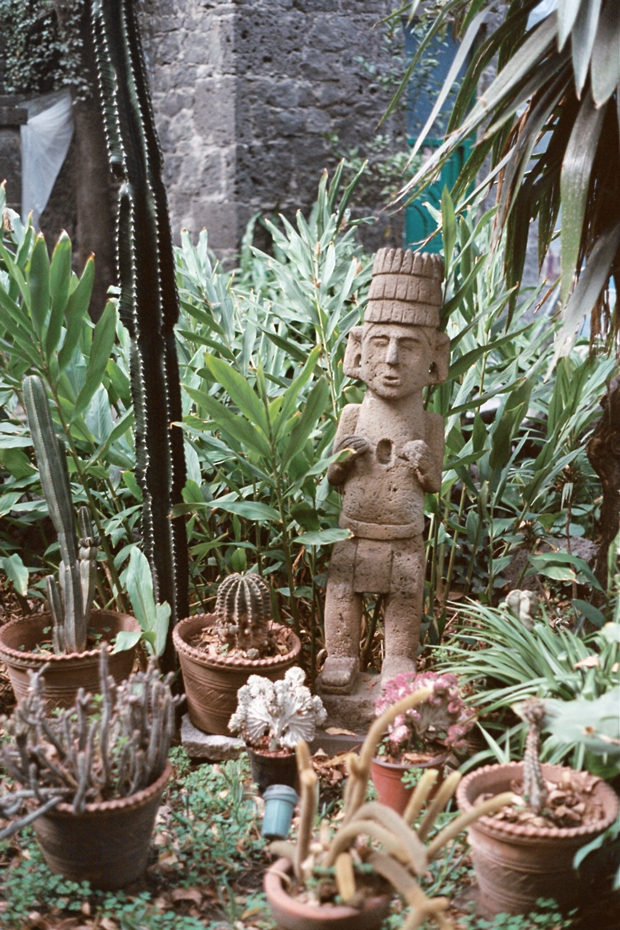 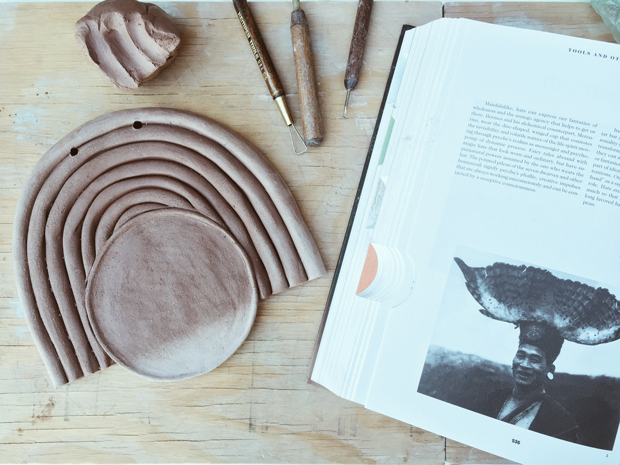 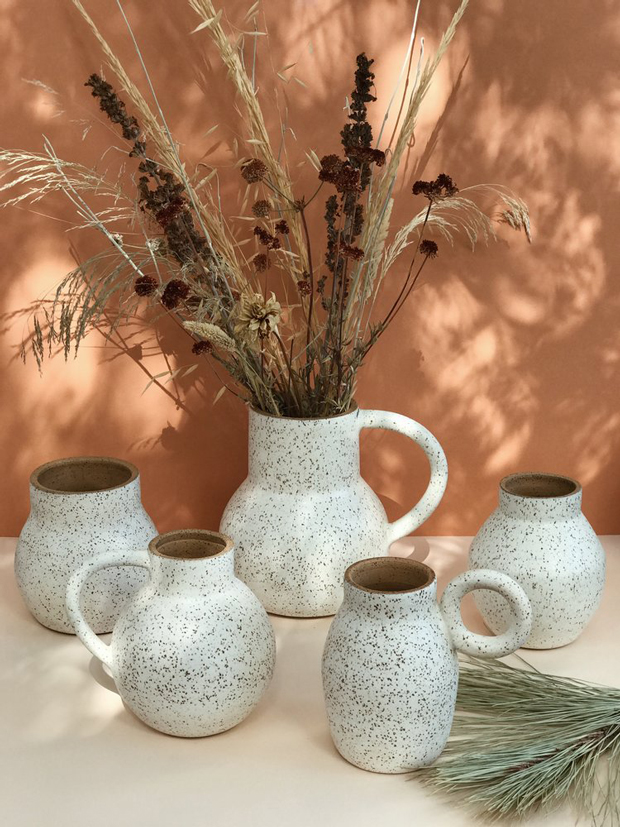 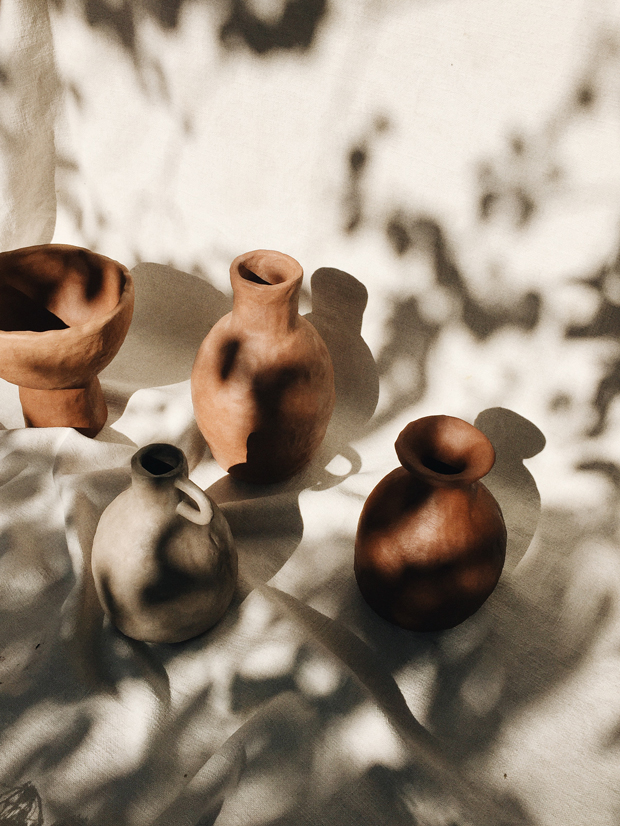 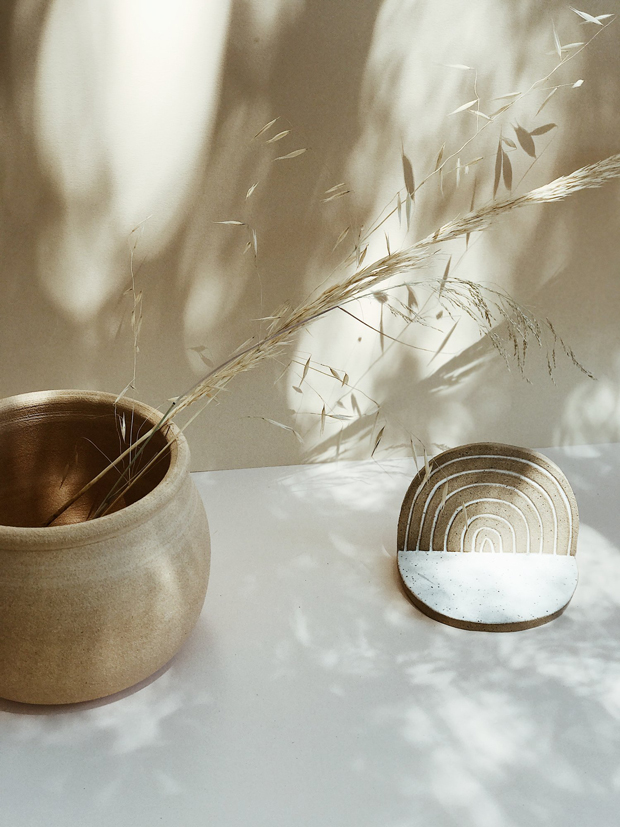 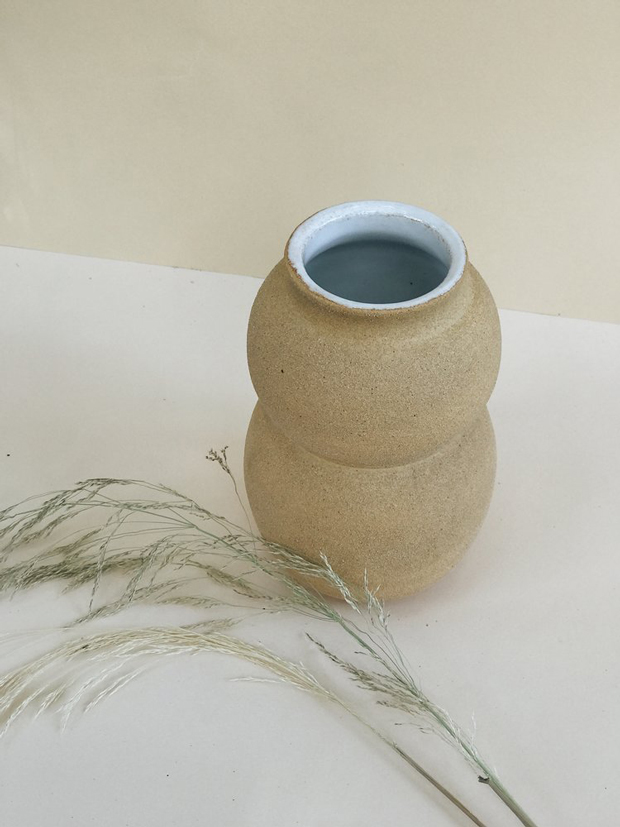 This summer she began offering clay therapy. She holds space for kid + adult classes, private lessons and the dearest to her heart – Mujeres de Barro. The women’s clay circle was born out of appreciation for a family of potters she spent time with in Oaxaca, Mexico. She says, “Ceramics has been re-emerging into a functional way of making a living, driven from creative freedom in our society today. However, we shouldn’t forget about the indigenous alfareros (potters) who are still surviving off their traditional ceramic work. I thought, ‘how can I bring this lineage and reminder back to Ojai?’ That’s when I created a Women’s Clay Circle honoring the feminine skill that is still being used in ancestral, indigenous worlds.” 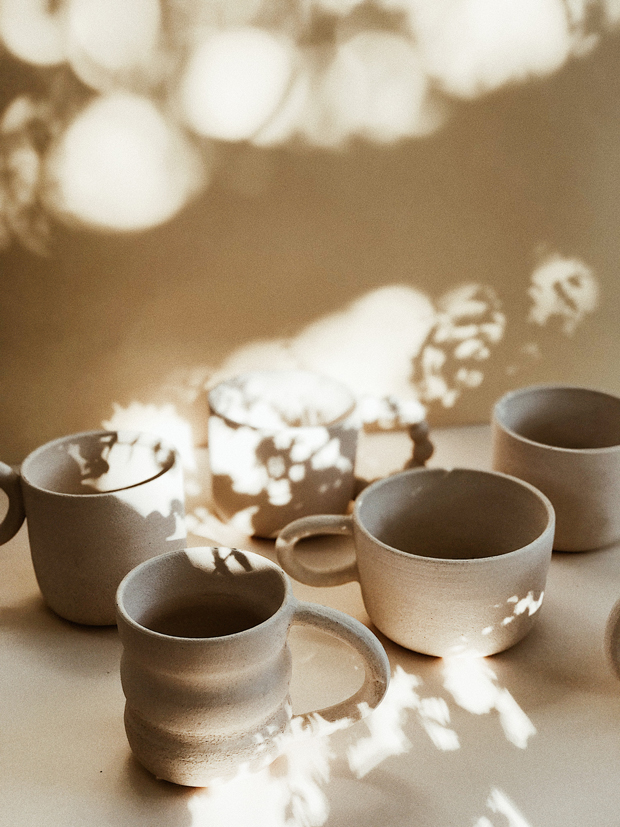 What’s next for Mariana and Easy to Breathe? Harvesting her own clay, mixing natural glazes and firing in a hand-built kiln. Stay tuned!

Previous Post: « Progress report from the All New Jungalow HQ
Next Post: A Roundup of 9 Boho Rugs for Under $300 »