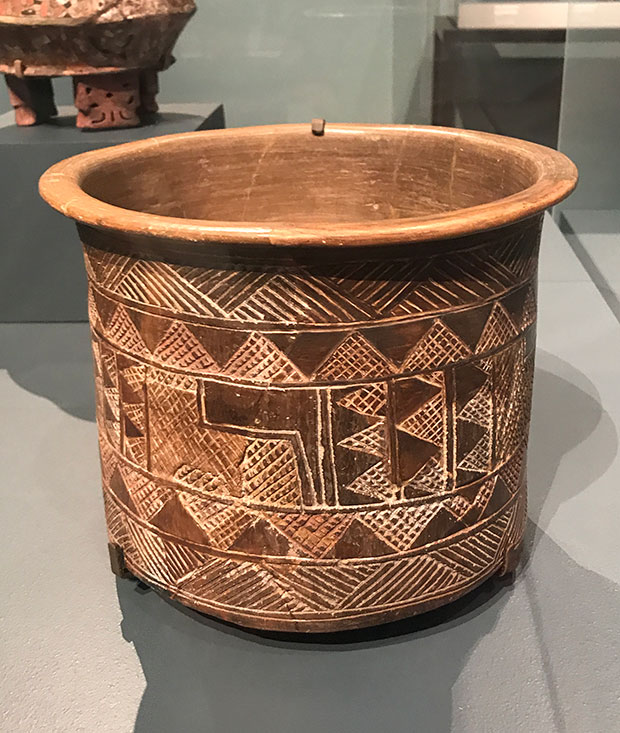 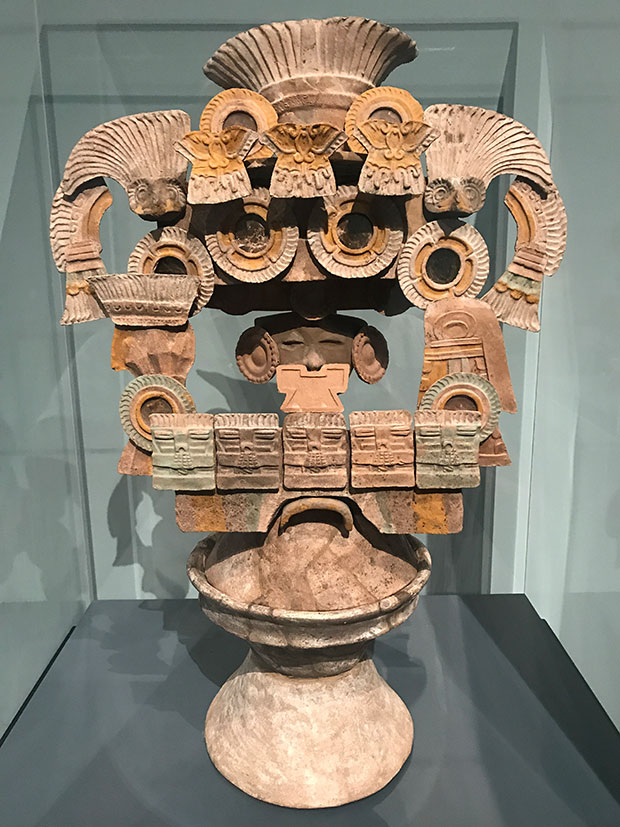 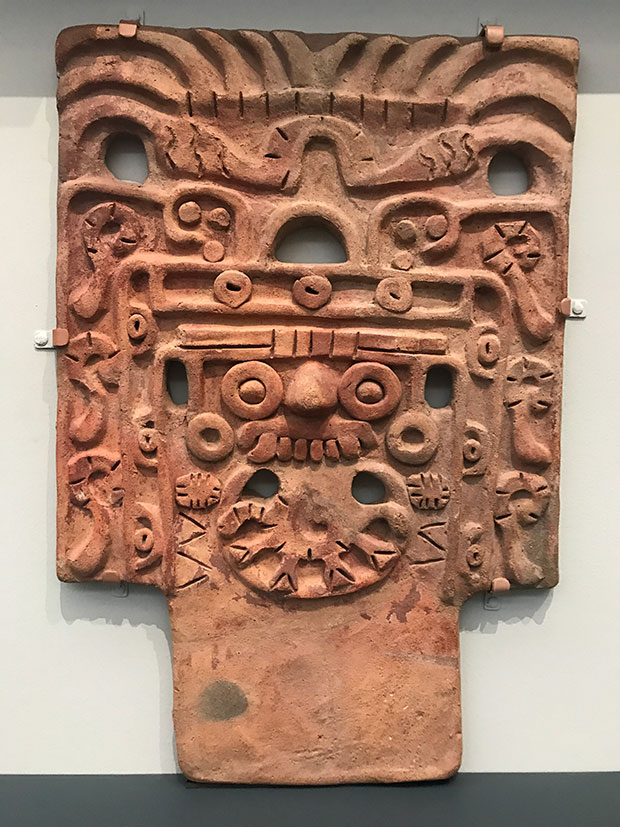 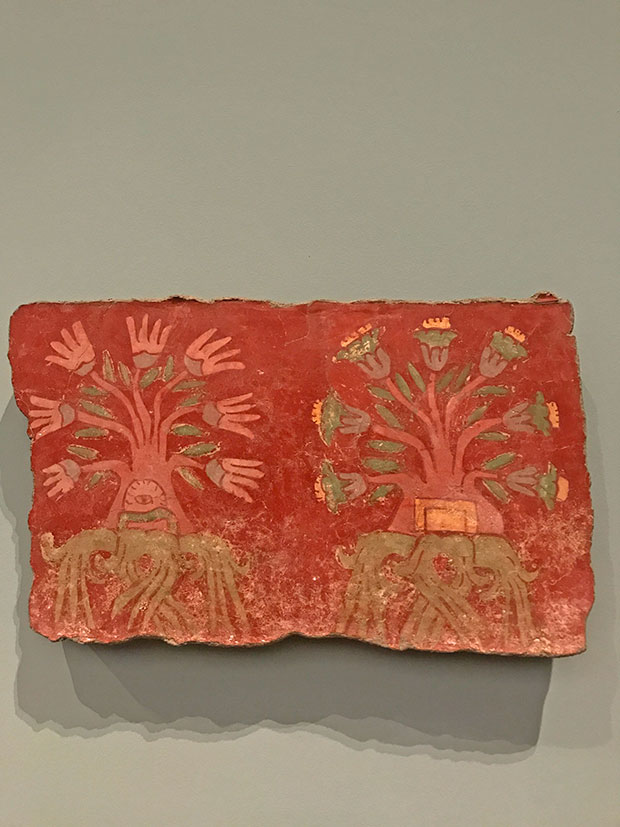 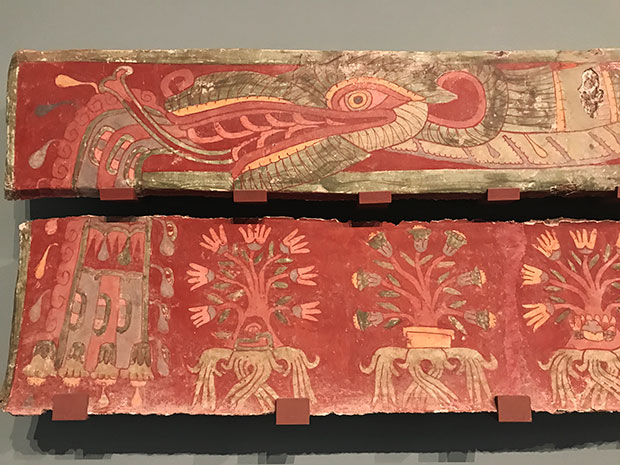 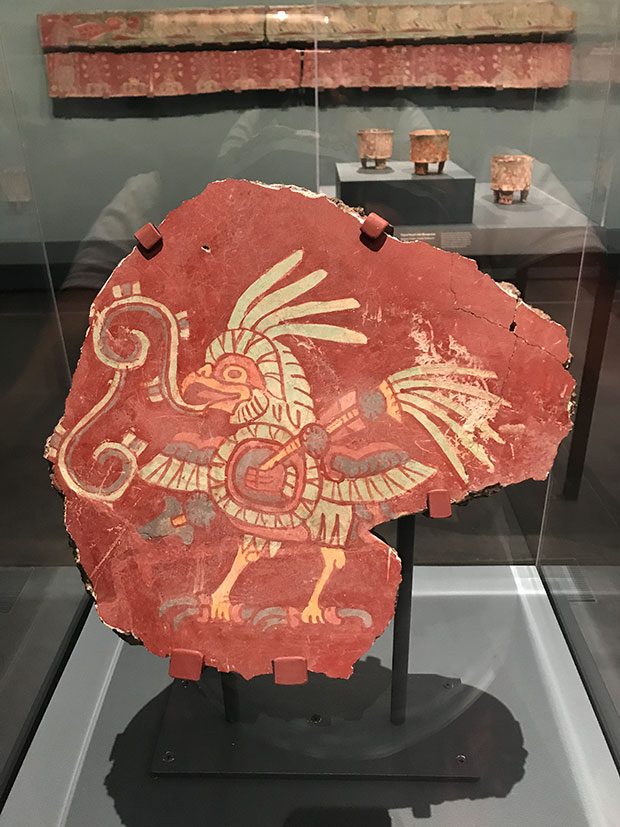 I visited the LACMA last week, it was the last day of this exhibit: City and Cosmos: The Arts of Teotihuacan. Teotihuacan was an ancient, multi-ethnic, cosmopolitan city that was booming in the first millennium CE in what is now central Mexico– it was the largest urban center in the Americas in its day. The exhibit focused on excavations from three main pyramids: the Sun, Moon, and the Feathered Serpent—and major residential compounds as well.  Ritual events took place there, including human and animal sacrifices. A lot of mystery still surrounds Teotihuacan. Archeologists are unsure about who founded the city around 100 BCE, and also unsure about the cause of its collapse, but when the Aztecs arrived  in the 14th century, they called it  “the city where the gods were created” — “Teotihuacan.”

Luxury goods of Teotihuacan were made of materials like  greenstone, obsidian,  pyrite, and shells.  The colors, shapes, textures and natural themes were very inspiring to me. The earthy reds and browns complimented by the very light greens, grays and oranges of the Feathered Serpent paintings are imprinted in my mind. For more info on the exhibit, check out LACMA‘s press release. I’m bummed I was there on the last day so the exhibit is over now, but if you missed the show the exhibition catalog does a great job of telling the story of this incredible ancient city, and serving up some serious design inspo along the way.