The rebozo, a long scarf-like flat garment, which you may recognize as one of Frida Kahlo’s signature accessories, is not just beautiful, it’s a great multi-tasker. With it’s origins in Mexico sometime before 1572, many of the indigenous women there have been using them (or similar garments) for everything from a head covering, to a baby carrier, a tourniquet, or a backpack, for centuries. During the Mexican Revolution, women in the rebellion, called ‘Adelitas’, even used them to stash weapons when crossing through federal checkpoints. Rebozos are still used in modern-day Mexico and it’s said that nearly every woman there owns at least one. 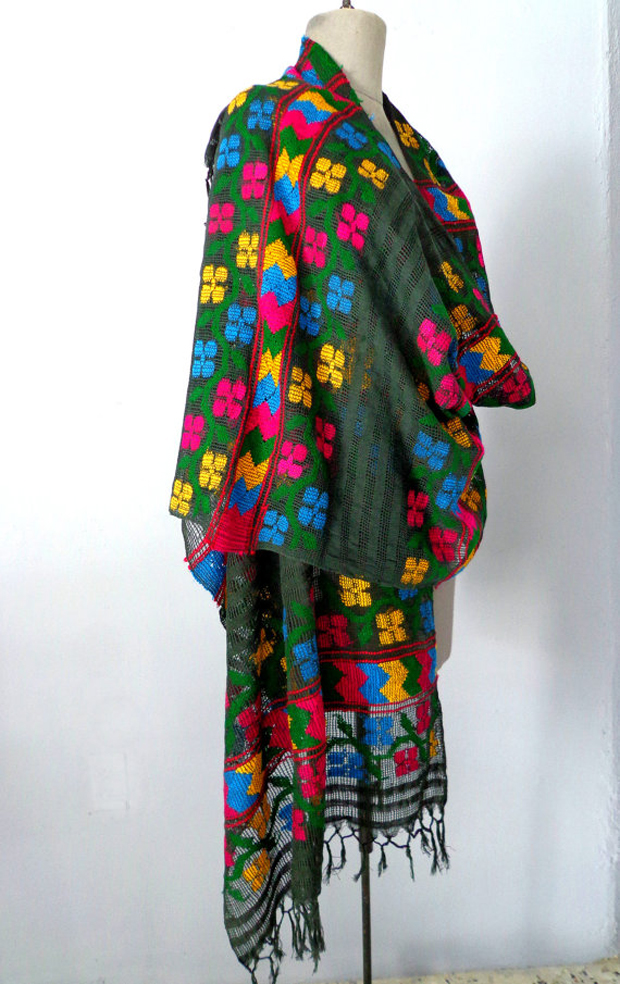 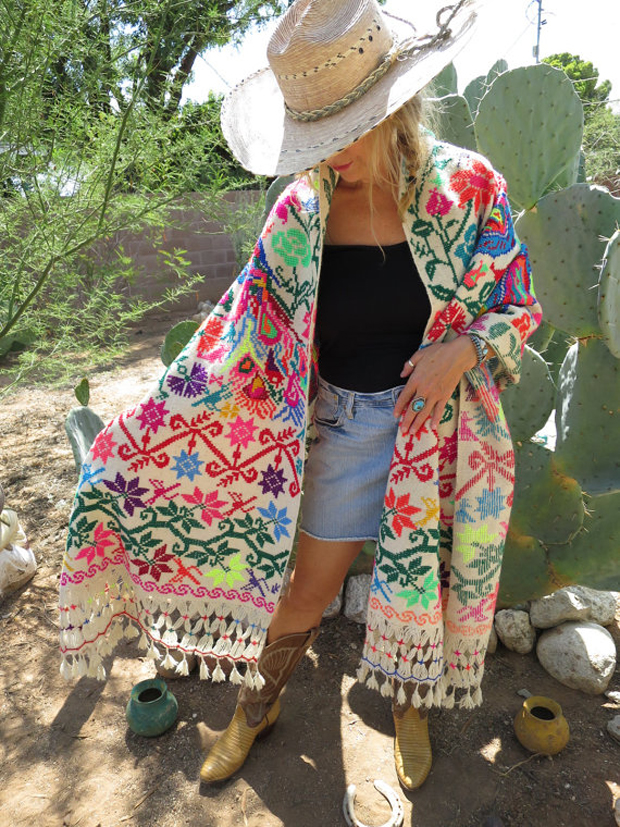 The patterns and colors you’ll find on rebozos are as varied as the many cultures in Mexico- some are solid colored with an intricate lace pattern in places, others are boldly embroidered with traditional or colonial designs. The design is usually the best clue as to where the rebozo was made, as motifs and color vary from region to region. Most feature fringe, which is finger woven into the design. 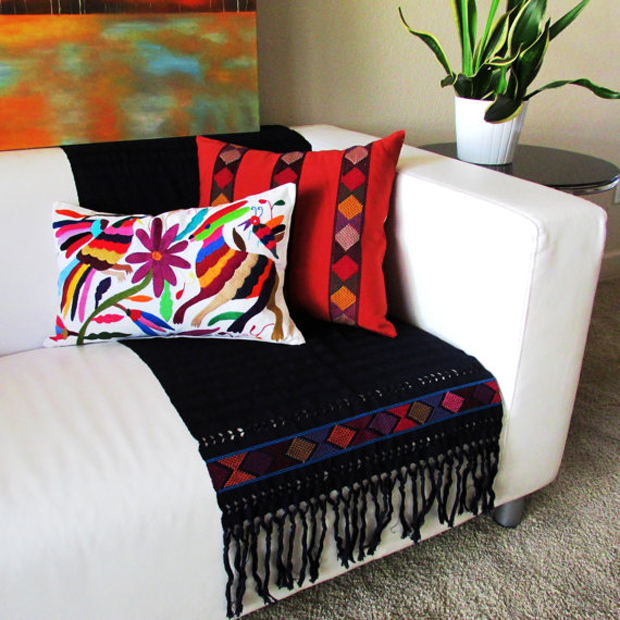 Perhaps even better than it’s flexibility as an accessory, a rebozo is also right at home in your home- as a runner, curtain swag, throw for a chair or couch, or anywhere else you can dream up. We’re thinking of using two to cover an open shelving unit whose contents are less than display-worthy. The colors, patterns, and oh-so-boho fringe make for an instant statement piece!

Is there a textile you’ve been wanting to know more about? Leave a comment below and you may see it in a future Textile Treasury!