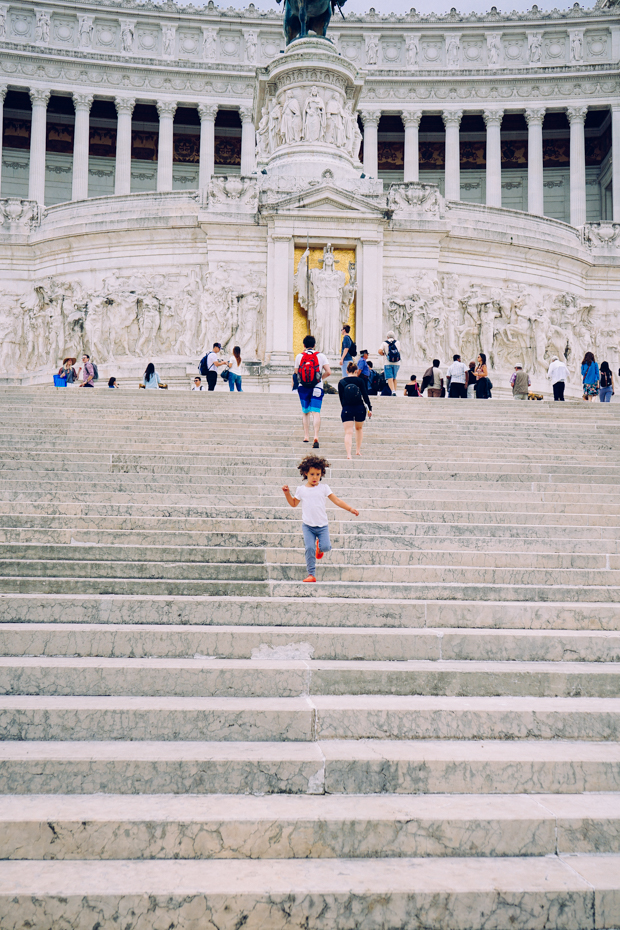 We’re stuck at London Heathrow airport–we missed our connecting flight so that gives me some hours to sit and blog while Ida does ballerina twirls around the airport and Jason figures out how we’re gonna get home.

On the way over here we spent 36 hours in Rome before heading up to the Cinqueterre for my Italian Fix workshop. Even though I lived in Italy for almost seven years I haven’t spent a ton of time in Rome — plus it’s always different going to a place you once visited alone, with children, and seeing it thought their eyes. 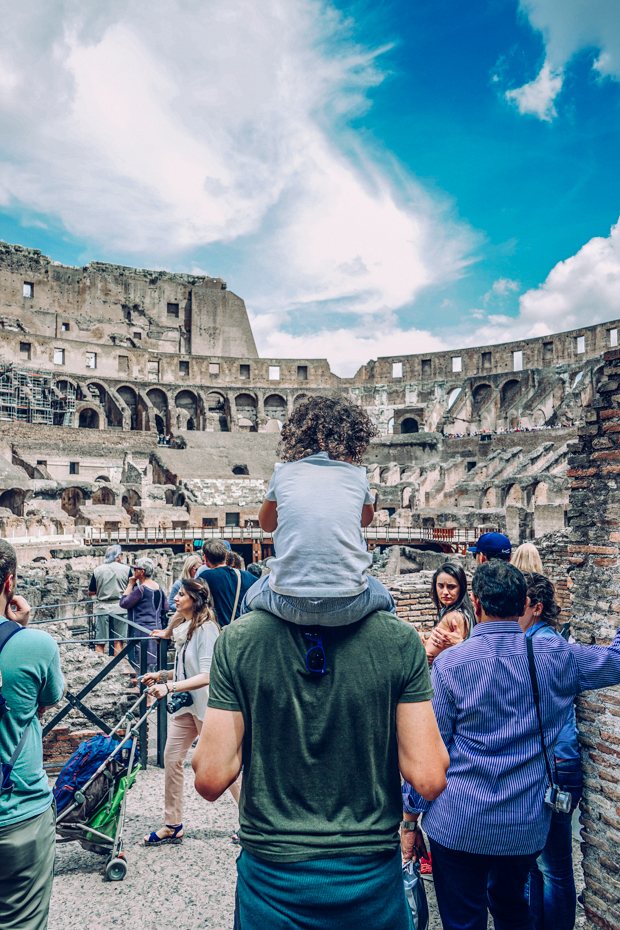 Everything in Rome seems BIG and OLD, especially seeing it through Ida’s eyes. We really only had time to do one big touristy thing — we chose the Colosseum since Ida’s been really into “theaters” and “shows” and “stages” lately. 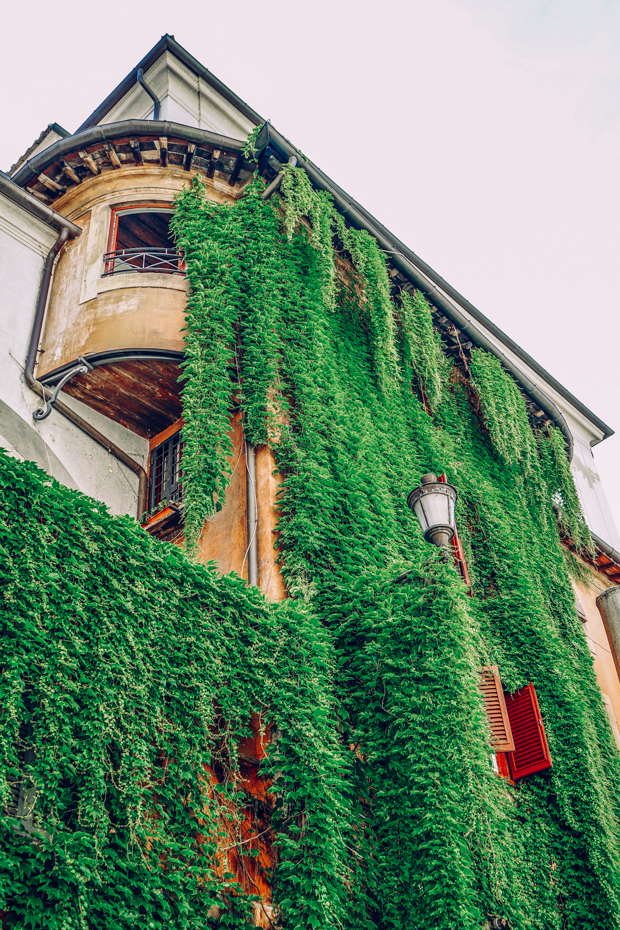 I was really excited about all the greeeeeen. 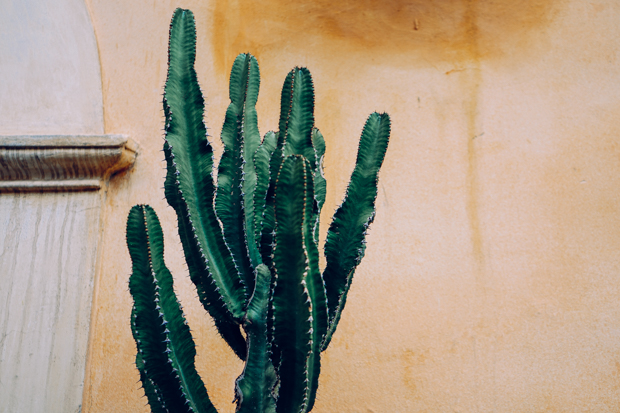 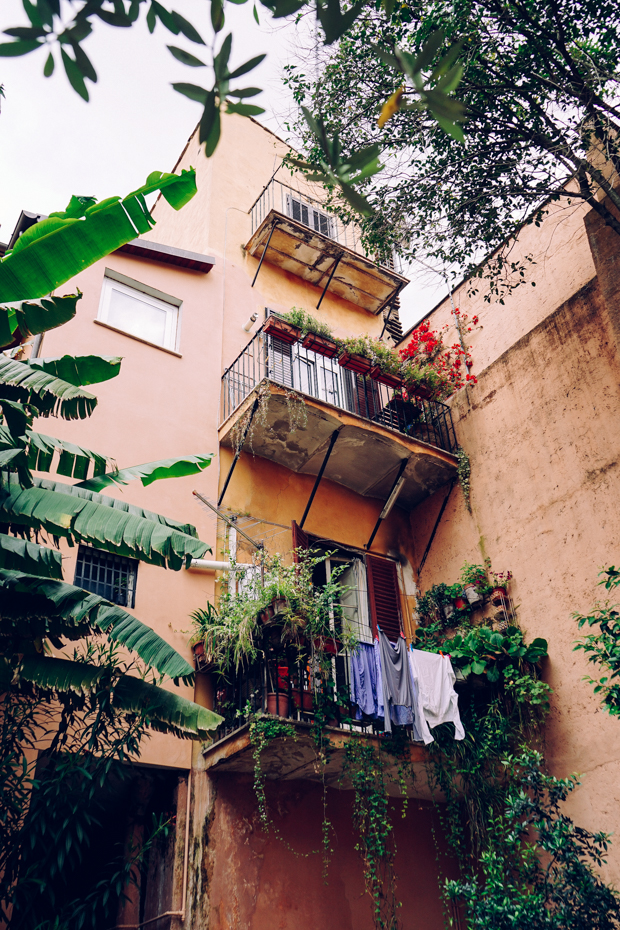 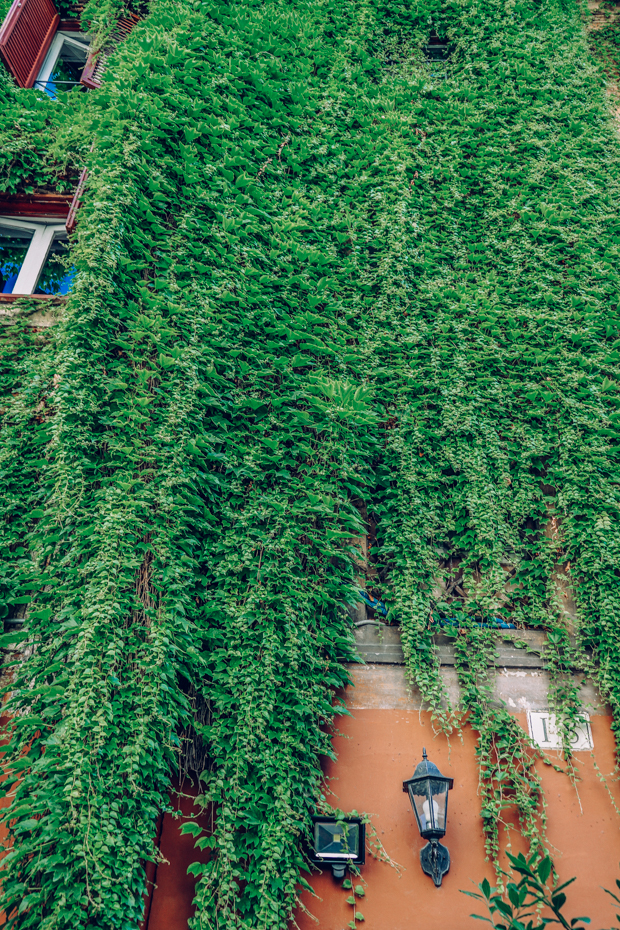 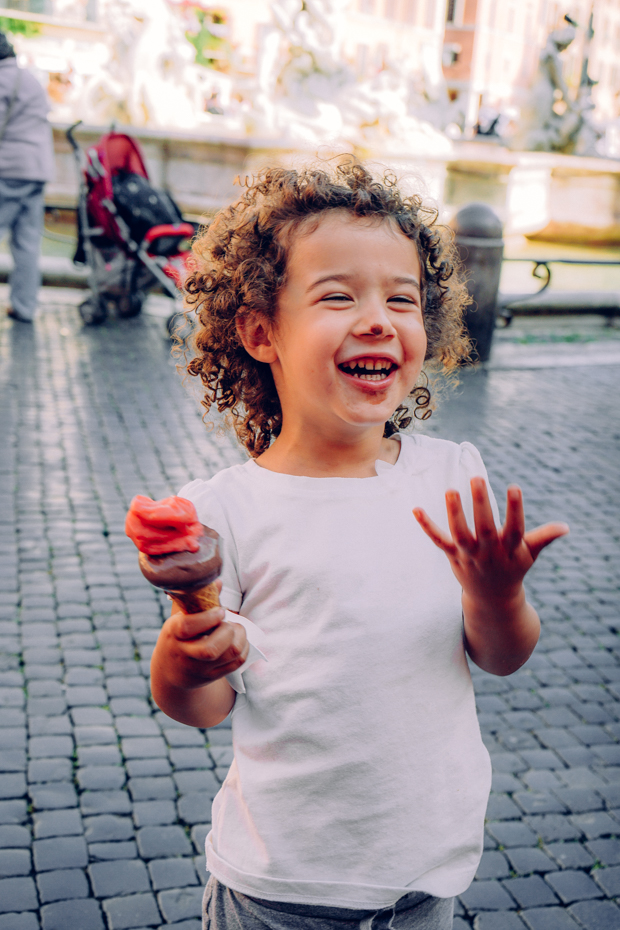 …and of course, we made the mandatory gelato stop. Above you can see the ‘before’ snap. Happiness reigns. Below, you’ll see what happened after Ida’s grandma had the last bite of her ‘strawberry part’. 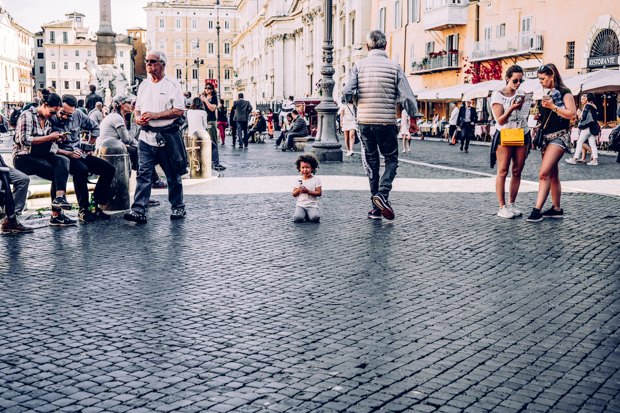 Major piazza meltdown–the photo was so funny I had to share. 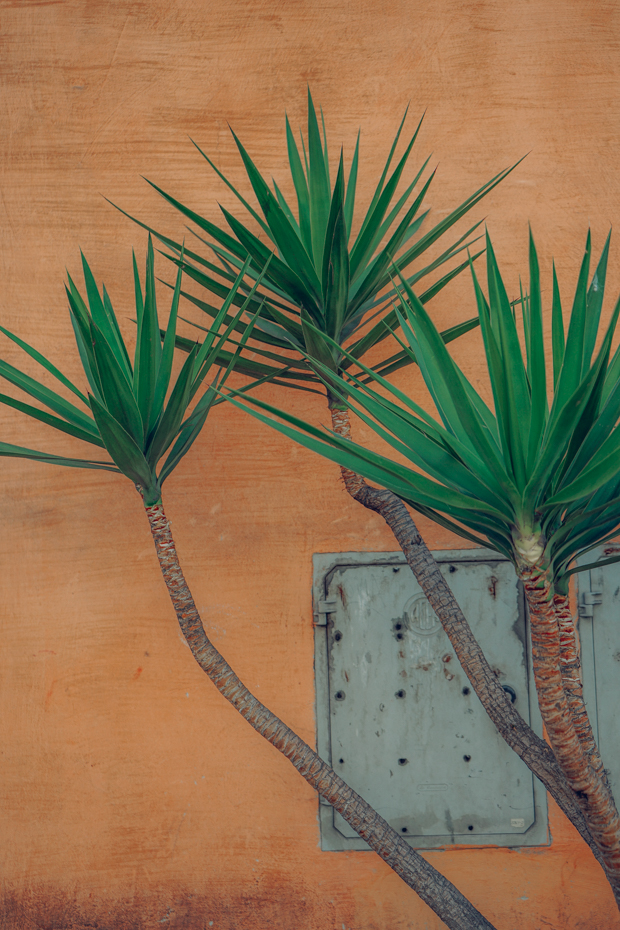 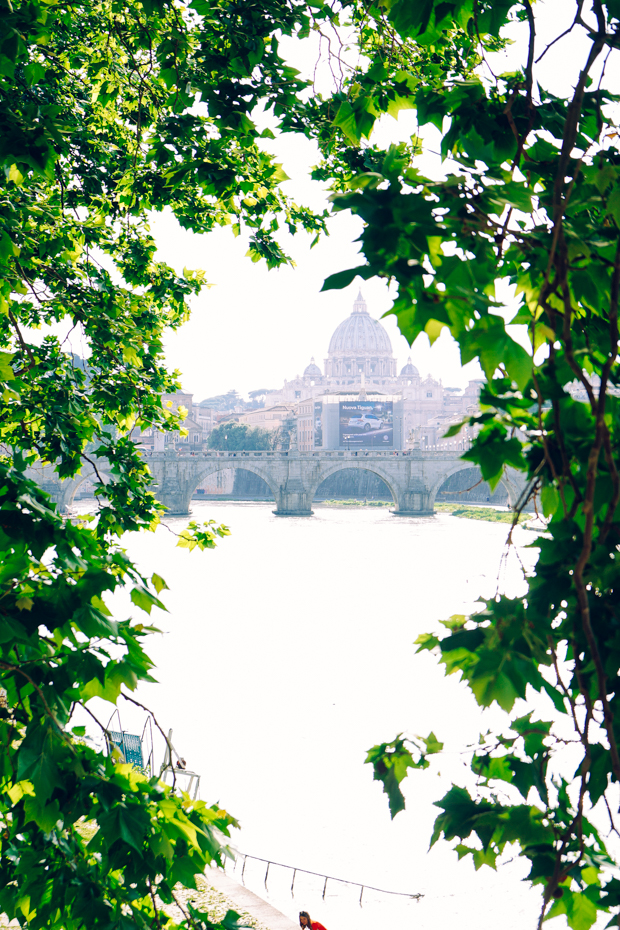 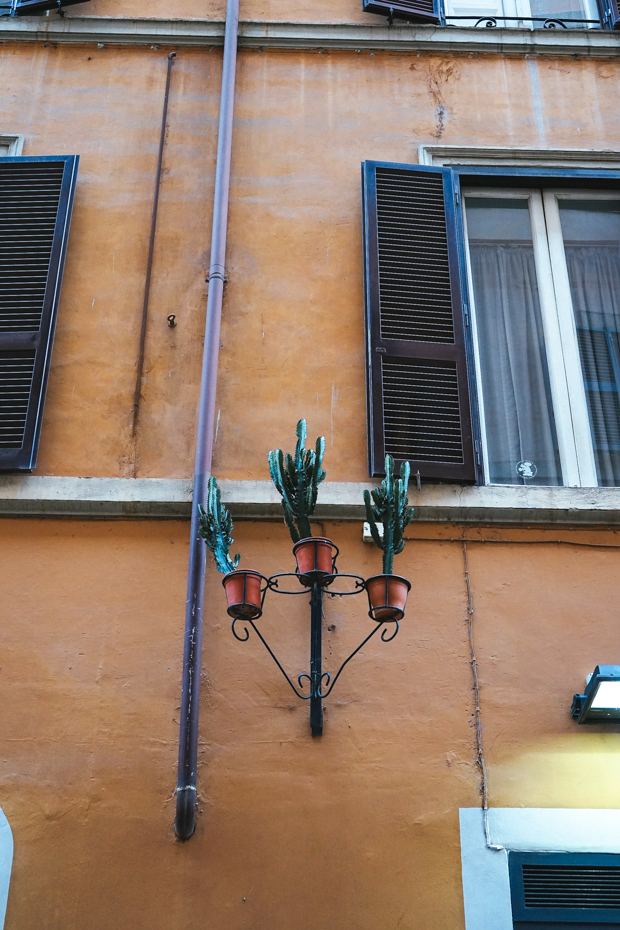 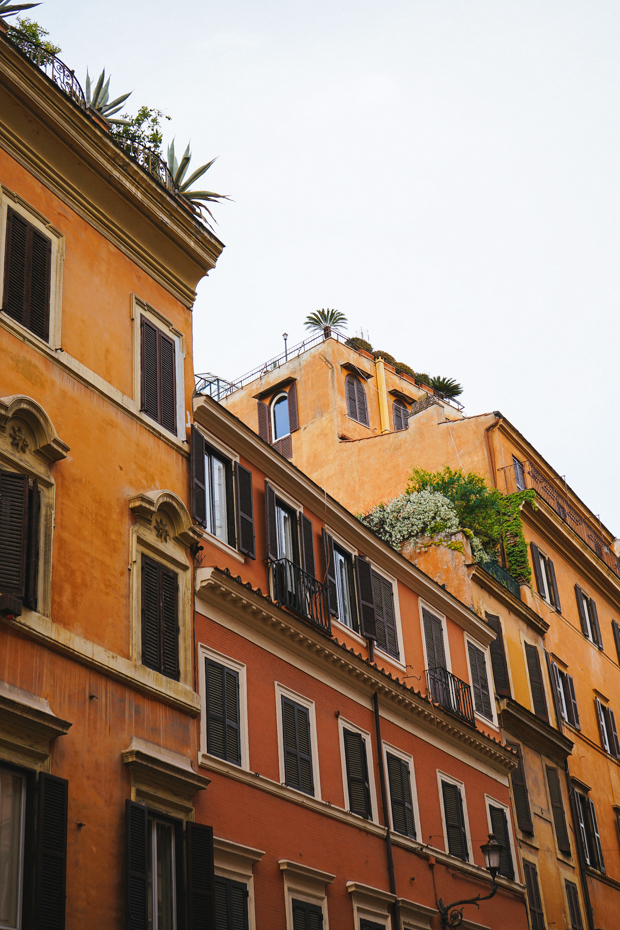 And just a few of my other favorite snaps from around the city. I love all the rusty colors, the roofs dotted in palms and agaves, and the ivy spilling out over the the tops of buildings and the balconies.
Ok… looks like we’re gonna be heading to a hotel for the night and flying home tomorrow. Catch you guys on the flip side!!